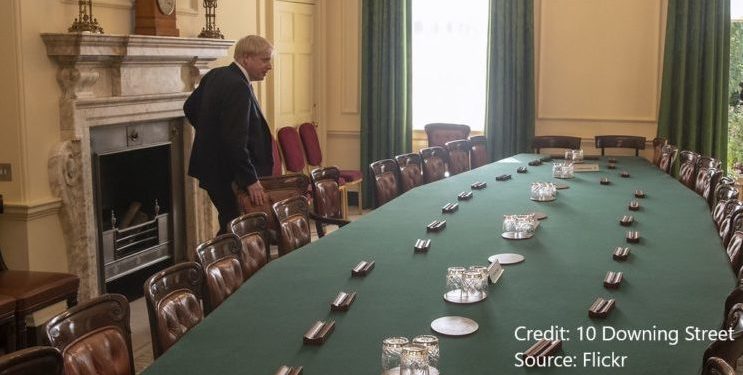 And so they’re back. MPs are heading to Westminster, where parliament will recommence its interrupted session tomorrow morning.

The Supreme Court referred to the doctrines of parliamentary sovereignty and parliamentary accountability to rule that the prorogation was unlawful. So far so unprecedented.

As Catherine Barnard put it, it is “hard to think of a more damning judgment for the Prime Minister.” Yet what now?

It clearly matters enormously that the Supreme Court has ruled that Boris Johnson acted illegally. Constitutionally, the judgement represented a powerful endorsement of parliamentary power.

At best, it represents a profound humiliation for the prime minister. At worst, it might undermine his position more profoundly.

Laura Kuenssberg reported that one member of the Government told the BBC the prime minister should resign. Should more of Mr Johnson’s colleagues come to think the same thing, it could fatally weaken him.

This, however, does not seem likely. Conservative MPs will have watched Jeremy Corbyn’s conference speech and understood the stakes.

With an election looming, destabilising the Prime Minister might not be in the best interests of the Conservative Party.

Should this hunch prove correct, it becomes hard to see how, in practical terms, much, if anything has really changed.

And in particular, it is hard to see how anything has changed when it comes to the single biggest issue of the day: Brexit.

Ultimately, when parliament returns, it is not clear what MPs will actually do.

Yes, there will be an emergency debate providing limitless opportunities for soundbites rubbing the prime minister’s face in his recent humiliation.

And we can probably expect a number of urgent questions to be tabled on a variety of doubtless important matters.

But, as Corbyn intimated in his conference speech, thereafter there will be no immediate parliamentary showdown.

Labour have not moved from their position of delaying a vote of no confidence until after the prime minister has been forced to write to the European Union to request an extension to the Article 50 process.

The tactic is clear.

Humiliate a Prime Minister who is in office but not in power. Force him to do what he has said he would never do. Make him miss the deadline he has set himself.

And only then, bring him down and, with Nigel Farage’s assistance, take him on in a general election.

As Barry Gardiner put it rather graphically at conference, Labour “want to do Boris Johnson slowly”.

Politically this all makes a lot of sense. But none of it requires parliament to be sitting.

In fact, the danger confronting the prime minister’s opponents now is how to make it seem as if the fuss over prorogation had a practical purpose.

This will be easier said than done.

The government will presumably be in no hurry to bring forward legislation that MPs will have the opportunity to amend.

The prime minister will be no keener to publish the proposals he has presented to the European Union before the Conservative conference.

And the parliamentary numbers remain where they were under Theresa May – with no obvious majority for a deal, for no deal, or for no Brexit.

And so the danger is that parliament proves unable to illustrate why so many of its members were so anxious to see the prorogation overturned.

Yes, the constitutional principles at stake were important.

But if MPs return and nothing whatsoever changes, the danger is that it reinforces cynicism among the public about Westminster shenanigans.

To go back to Catherine Barnard, parliament “must now rise to the occasion”. However, it is hard to see how it will.

By Professor Anand Menon, director of the The UK in a Changing Europe. This piece was originally published by the Huffington Post.