Will Brexit break the two-party system? 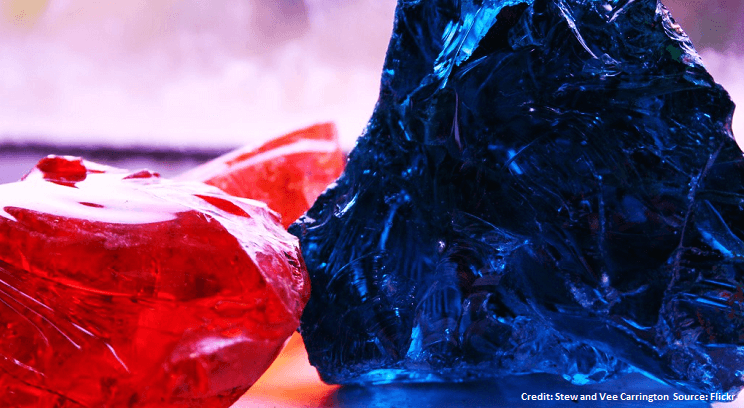 Up until the last few weeks, it looked like the two-party system would be able to push back on the threat of any Brexit realignment: just like it had resisted the onslaught of the resurgent Liberal Party in 1972-73, the creation of the Social Democratic Party in 1981, or Cleggmania in 2010.

The Liberal Democrats have been in the doldrums since entering into a Coalition with David Cameron’s Conservatives in 2010: Britain’s First Past the Post voting system is a very unforgiving taskmaster for new or third parties, and the Big Two have always had the money, personnel and data to repel upstart challengers.

Recently, however, that situation really does seem to be changing. The extraordinary surge of the Liberal Democrats and the Greens in the local and European elections – the latter case almost as surprising and noteworthy as the former – has burst apart my own, perhaps lazy, assumption: that pro-European Labour voters have nowhere else to go.

On the right, politicians’ failure to deliver Brexit has put rocket boosters underneath Nigel Farage’s Brexit Party, which topped the poll in the European elections, and is now running at or around 20 per cent in the polls. Talk of Parliament coming to terms with some kind of Conservative deal, or Labour’s balancing act being borne out as a mature triangulation between extremes, has been pushed into the dust – just like all the other political predictions of the last few years.

There are any number of caveats to add here. The Green surge evident in the 1989 European elections came to little. So-called ‘smaller’ parties often enjoy a bounce around the time of those self-same European contests, fought as they are under a form of Proportional Representation and offering insurgents a brief taste of the oxygen of publicity. The Liberals, Alliance and Liberal Democrats have for four decades underperformed mid-term polls and campaigning expectations once real ballot boxes were opened.

The situation might change rapidly, though. Labour could pivot successfully towards a qualified and convincing form of ‘Referendum and Remain’, winning back many millions of those voters who are now declining to back them. The Conservatives might just be able to eke something of a deal out of Brussels and the EU27: enough, at least, to satisfy their backbenchers and break open the ranks of Labour MPs desperate to see at least some sort of resolution to this deepening crisis. Brexit could be resolved this autumn, with Britain shot out of the EU without too much economic damage – draining all the passion and poison out of the European question.

But ask yourself this: how likely do any of those outcomes really seem right now? Labour will indeed eventually be forced to come out more strongly for Remain. Their members, and if it comes to it any confidence-and-supply partners in the Commons, demand it. But their present leader is a deeply unconvincing advocate of that cause. He will never, ever be able to put it with conviction – and his dire popularity ratings mean that he might struggle to gain a hearing now whatever he says.

His continuing ambivalence must be one of the pro-European forces’ greatest fears, since if they do secure a new referendum under a Prime Minister Corbyn he will probably find a way to frustrate them all over again, if only by omission rather than commission.

Now look at the Conservative side of the equation. Will they get a new deal? Every single statement out of the EU Commission and Council goes against it. Yes, there can be changes to the Political Declaration, though it already points towards a pretty hard Brexit anyway. As to the Withdrawal Agreement, the part that actually matters in law, there can be any number of new statements, letters, clarifications or explanations – but new text looks like a pipe dream.

The Conservatives seem very, very unlikely to be able to squeeze the Brexit Party much below the 13% of the vote that the United Kingdom Independence Party’s won in 2015. The betrayal narrative the Brexit Party will be able to mobilise might well give them a few more points on top of that, which makes anything like a Conservative majority seem like a vanishingly remote prospect.

As for Brexit as a whole, well, it seems extremely dubious that this Parliament will do anything to pass any sort of deal. The incentives simply are not there. Eurosceptic Conservatives have damned Theresa May’s deal as such a betrayal that surely even the showmanship of Boris Johnson cannot hide their embarrassment if they vote for anything like it.

Even Labour MPs sympathetic to the Withdrawal Agreement dare not go against their members without the prospect that the deal will actually pass. So the poison is likely to remain in the system. That being so, the forces now arrayed against the Big Two of the blue bloc and the reds now seem stronger than the big battalions themselves.

If a Brexit election is really going to be held up against a new and tight deadline, and if Brexit continues to gather strength as a marker of all our cultural and demographic divisions, it’s hard to see how the Liberal Democrats, Greens and all sorts of Independents do not tear chunks out of the Labour vote on one side, and how the Brexit Party will miss out on attracting a huge swathe of Tory England on the other.

Yes, we’ve been here before. But never have two such unpopular and divisive figures led the two main parties at one and the same time. Never before has emotional and inherited attachment to the Conservatives and Labour ebbed this far.

There hasn’t been a crisis like this, cutting across traditional political divisions, since the Second World War. A fundamental realignment is still less than likely. But it’s much less unlikely than for many decades.

By Glen O’Hara, Professor of Modern and Contemporary History at Oxford Brookes University. He is the author of a series of books and articles on modern Britain, including The Paradoxes of Progress: Governing Post-War Britain, 1951-1973 (2012) and The Politics of Water in Post-War Britain (2017).