Will Brexit break up the Premier League? 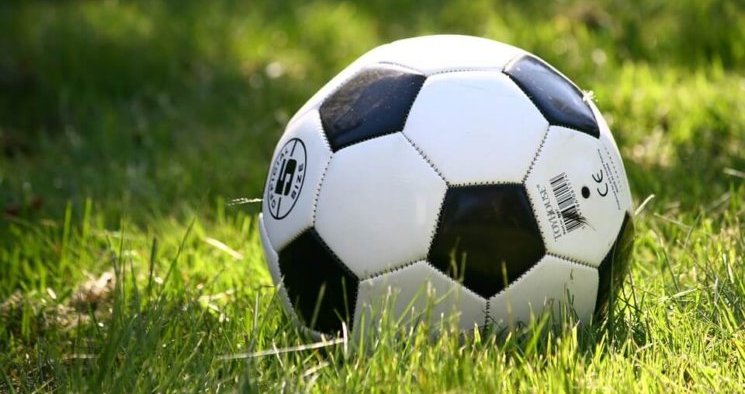 “I have begun to feel that if it rains in London tomorrow it is my fault. If people don’t like Brexit it is my fault”, hissed a rather agitated Manchester United manager, Jose Mourinho, after his team’s dramatic comeback against Newcastle United  (they won 3-2, having been 0-2 down at half time).

Mourinho might be to blame for many of his club’s problems (thoughts, Man United fans?), but he is probably not to blame for the current state of the Brexit negotiations. He will, though, be affected by the outcome of those negotiations, both personally as an EU national living in the UK, and professionally, as the richest Premier League club will have to face the reality of post-Brexit Britain.

Mourinho’s remarks were addressed mostly to his critics, but his mention of Brexit was extremely timely. In the last couple of months it looks as if Premier League clubs have finally woken up to the upcoming reality of Brexit.

In a previous post, I reflected on the possible consequences of Brexit for football in the UK. At that time it seemed that stakeholders in the industry were still rather inactive, for the football business is very much a day-to-day one. The impact of Brexit on the Premier League is still debatable,  but now the football industry is starting to think about it.

A couple of weeks ago Brighton and Hove Albion announced they had poached the FA’s technical director, Dan Ashworth. He has been credited for driving the development of English players in the last years, with successes in the Under-20 and Under-17 world championships.

The signing of Ashworth by a Premier League club received press coverage because the FA was losing one of its main professional assets. There were fewer comments, though, of how Brighton and Hove Albion’s CEO, Paul Barber, explained that Brexit was one of the main reasons for the hiring: “With Brexit coming up, we really need to change the way we do things, we need to be proactive, we need to prepare as we are likely to need to develop more local players given the restrictions on signing EU players.”

Interestingly enough, Barber has not been the only football administrator to refer to Brexit. Earlier in the summer Mauricio Pochettino, the manager of Tottenham Hotspur, explained that part of the club’s decision not to sign any players in the last transfer window was due to Brexit. He described how the club is going through a delicate financial situation because of the investment in a new stadium, but he added that a weakened pound had increased costs.

Furthermore, given the pound’s weakness against the euro, player transfers were significantly more expensive and, therefore, the club had to think twice. Pochettino’s comments were less detailed than Barber’s, but it was noticeably the first time a manager of a Premier League club referred to Brexit as one of the motives for a strategic decision.

That door opened by Pochettino has not closed since, though. In the summer there were reports of two Premier League club owners concerned about the impact Brexit will have on the commercial and economic development of their clubs, and the competition in general. These comments came on the back of a slight, yet significant, reduction on the value of the domestic TV rights for the Premier League.

Similarly, The Telegraph and other media reported in early September that the Premier League and the English Football League were lobbying the government about an exception of the new post-Brexit immigration regulations. Put simply, Premier League clubs do not want current work permit regulations for non-EU footballers to be applied to EU nationals. According to The Telegraph, the Premier League would like the government to “abolish all restrictions on signing foreign players” because of fears that Brexit will “harm the league’s competitiveness and global popularity”.

The Premier League’s position is understandable, mostly because any nationality restrictions imposed by a new post-Brexit regime will put clubs at a disadvantage vis-à-vis with their main rivals across Europe. Each year at least seven Premier League clubs (out of 20) play in European competitions, which have no nationality restrictions for players.

Were restrictions to be imposed as part of Brexit, English clubs – like Chelsea, Tottenham, Liverpool or perhaps Jose Mourinho’s United – would not be able to attract as much international talent as Real Madrid, Paris Saint Germain or Juventus.

It could even be the case that the bigger English clubs decide to maintain different squads for the Premier League and for European competitions. This is not unprecedented: Maccabbi Fox Tel Aviv does this to stay competitive in basketball’s Euroleague, because their national league in Israel limits the number of foreign players they can use.

Should this be the case, the Premier League’s reputation and quality would certainly suffer, at a time when the value of its TV rights also seems to be falling. The cumulative effect of these elements could be worrying for the Premier League as we know it, and the problem is exacerbated by the top clubs’ demand for more money.

The six richest Premier League clubs have objected to the distribution of international TV rights for some time now, and there is a clear sense that they see themselves increasingly constrained by the league structures. The discontent would surely increase if the value of commercial rights goes further down because of the economic effects of Brexit, which a very plausible scenario.

Meanwhile, there are increasing calls in Europe for the creation of a new football super league for the top clubs in the continent. Both the President of Juventus, Andrea Agnelli, and the Real Madrid CEO, José Angel Sánchez, have aired their desire to create a new competition where Europe’s biggest would play one another more often. It is not the first time this idea has been floated around; Silvio Berlusconi tried in the 1990s, for example.

Until now, English clubs were extremely reluctant to participate, which killed any project at the outset given their economic and sporting importance. However, in the last few years some Premier League clubs have been more receptive to the arguments of a European superleague.

Given the possibility of Brexit affecting the economic, commercial and sporting prowess of the Premier League, it is very plausible to ask whether top clubs would consider leaving in favour of a semi-closed European competition.

It is of course a hypothesis, but the conditions for such a move are only increased by the restrictions that Brexit could bring about. At this point, like much of the analysis around Brexit, there are more educated guesses than certainties, but there is one question that we should certainly ask, because the circumstances seem to point increasingly in that direction: Will Brexit break up the Premier League?

By Borja Garcia, research investigator for the 28+ perspectives on Brexit team at The UK in a Changing Europe.