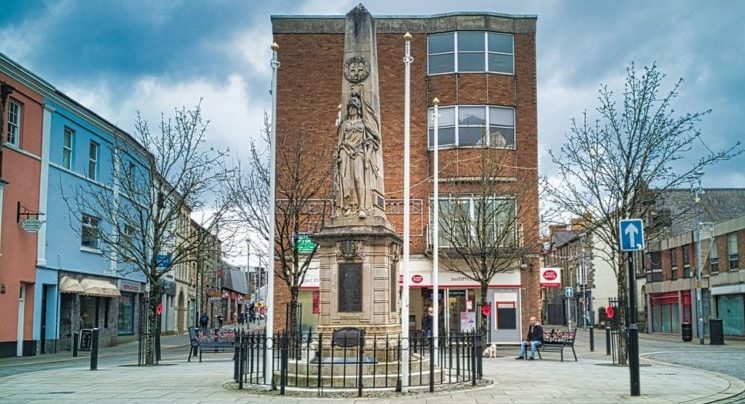 The crumbling of Labour’s so-called ‘red wall’ in parts of the Midlands, the north of England and Wales was a crucial feature of the December general election. Places which had traditionally not voted Conservative now switched or ‘lent’ their votes to the Conservatives, and this may encourage government to give greater priority to rejuvenating many of these places post Brexit.

Many of the places which switched votes are described as being ‘left behind’ by globalisation. They tend to be characterised by poor local employment opportunities, low wages and investment, poor health outcomes and low quality of life, and also to have suffered severe public service cutbacks during the austerity era.

The ‘metropolitan elites’ narrative often deployed in Brexit-related discussions appears to have been persuasive in these regions, leading to a local sense that EU membership has been a fundamental cause of the weaknesses of these places, in comparison to more prosperous areas. The result has been a profound ‘geography of discontent’, manifested in marked shifts in electoral preferences.

Indeed, their voting behaviour, allied with widespread anecdotal evidence from ‘on the street’ TV and radio interviews with the public, would suggest that people in these places believe that a new Conservative government is indeed likely to prioritise the enhancement of their local economic and social opportunities.

Yet, the challenges faced by these places are not only immense, but are likely to be exacerbated by Brexit itself, and a great deal of re-thinking is needed as to how exactly such places may be enhanced. The challenges are fourfold. First, economic.

The UK exhibits some of largest inter-regional economic inequalities in the industrialised world. These are reflected primarily in terms of very large productivity and prosperity gaps between, on the one hand, London and its hinterland regions of the south and east of England along with parts of Scotland, and on the other hand the Midlands, north of England plus Wales and Northern Ireland. The ‘levelling up’ required to reduce these disparities will involve a major reorientation of public policy and public investment.

Not least because the empirical evidence suggests that the trade-related effects of Brexit itself will make these inequalities more severe, both between prosperous and lagging regions, and also in terms of intra-regional inequalities between the prosperous cities and their hinterlands.

Second, this leads directly to a political and policy challenge, because the narratives regarding ‘levellingup’ and perceived post-Brexit benefits mean that people in many of these places which voted Leave and which have recently switched domestic voting patterns are anticipating that Brexit will improve things for them.

Responding to their hopes and expectations would appear to be a key element of the new government agenda. Yet, it is far from clear that the government has the mechanisms to quickly make a real difference in the areas where expectations have been raised.

Moreover, the major local economic problems of the UK are regional problems, and not problems of towns versus cities, so exactly how an increased policy focus on enhancing the prospects for towns contributes to levelling-up in a post-Brexit context is also unclear.

Third, there is an enormous governance challenge in that ‘levelling up’ cannot be orchestrated primarily by the UK’s highly-centralised and increasingly ineffective governance system because this itself is a big part of the problem of the UK’s growing inter-regional inequalities. The over-centralised UK governance system has tended to prioritise the fortunes of London on many aspects of development over everywhere else, believing that this was in the national interest.

Today central government does not have the knowledge or capabilities to effectively manage the development of other parts of the country. Therefore, in order to deliver on the public’s expectations, especially in the economically poorer localities which voted both Leave and Conservative, the UK’s governance system itself will have to change, and in particular the relationship between national and subnational government and economic development policy will need to be entirely reconfigured towards a much more devolved system.

But devolution alone will not solve these problems, and this reconfiguring will also involve rethinking the relationships between local industrial policies, the replacements for EU regional funds, the ‘Shared Prosperity Fund’, and the national system of inter-regional fiscal transfers. Working out exactly how the UK governance system should change is a challenge which remains to be done.

Fourth, and on the basis of the economic, political and governance challenges, there is also an institutional challenge which remains to be addressed. The UK Industrial Strategy is regarded as being central to current policy, and local industrial strategies are a key component of this.

Yet many of the Local Enterprise Partnerships lack the capabilities to deliver such policies effectively. Although the devolution agenda of recent years was intended to provide greater local control over policy design and delivery, after many decades of the hollowing out of local government, effective local control is only really possible in a minority of places.

Moreover, the lack of sub-national institutional capability is magnified by the fact that sub-national governance bodies have been almost entirely locked out of Brexit-related negotiations, such that UK local and regional governance systems are currently very ill-equipped to respond to local post-Brexit challenges.

Equipping sub-national governance bodies with the skills, tools, people and decision-making autonomy to respond to the post-Brexit context is a challenge which remains to be done. The challenges of ‘levelling up’ cannot be underestimated but neither can the need for a real response to such challenges.

By Philip McCann, Chair in Urban and Regional Economics at Sheffield Management university and Raquel Ortega-Argilés,The Department of Strategy and International Business at the University of Birmingham. This piece forms part of our Brexit: what next report.