Will Johnson really be able to level up? 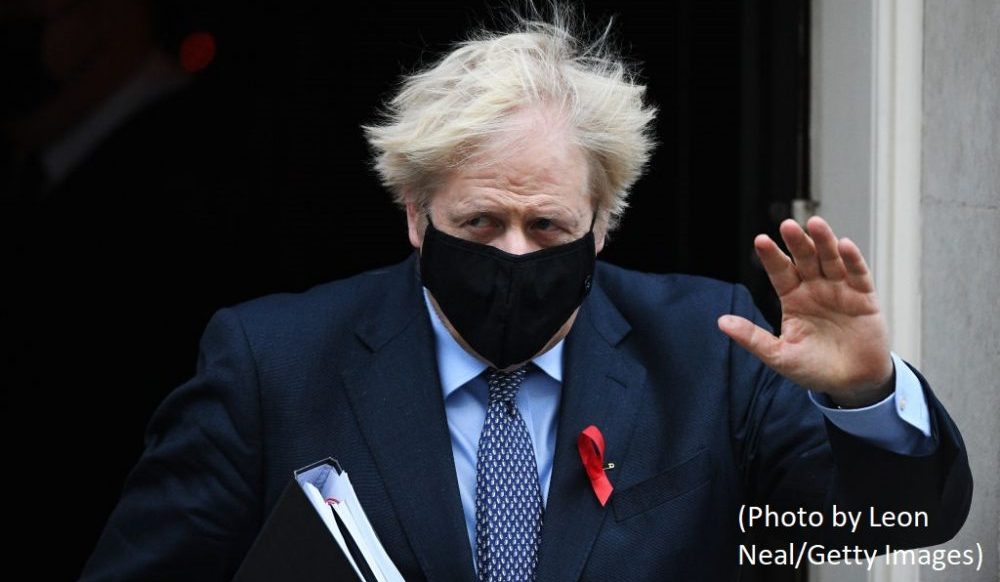 The best laid plans of mice and men. Less than a year after his decisive election victory, already thrown off course by the pandemic, Boris Johnson has had to hit the reset button.

His Chief Adviser is out of the door, and Red Wall Conservative MPs are worried that the government’s flagship domestic agenda – levelling up – might be on the way out too.

When he announced his candidacy for the leadership of the Conservative Party, Boris Johnson declared”: “if we are to unite our country and unite our society, then we must fight now, for those who feel left behind.”

Subsequently, levelling up has become a central rhetorical theme of his Government. But can it deliver concrete results by the time of the next election? And if not, will there be a political price to pay for unmet expectations?

Levelling up is a compelling phrase, but its meaning is at best fuzzy. In his first speech as Prime Minister, Johnson referred to levelling up wages, productivity, investment and opportunity.

He also pledged to answer “the plea of the forgotten people and the left behind towns”. But can all this really be addressed in a single Parliament, let alone one knocked off course by Covid-19?

A number of studies make the point that the UK is among the most geographically unequal countries in the developed world, and the Institute for Fiscal Studies reckons that levelling up is a job that will take years or even decades.

Moreover, any plans to reroute substantial amounts of Government money have been thrown up in the air by the Coronavirus.

The Spending Review was delayed, and the sheer scale of public debt will act as a break on any government largesse.

Meanwhile, new infrastructure projects, which would take years to complete anyway, have yet to be announced.

Then there is a new problem created by Covid: unemployment. This too will affect regional inequalities.

According to the IFS, Londoners are the most likely to be able to do their jobs from home and therefore face least disruption.

The Government doesn’t just need to address unemployment, but try to mitigate its uneven geographical impacts.

And let’s not forget the challenge that, pre-Covid, was the most vexing to the British economy: productivity.

Differences in productivity across the UK are at the heart of geographical disparities. It is a complex and difficult question for which there needs to be a Government-wide strategy. Any lasting effort to level up the country has to major on it.

Finally, there is the ongoing impact of austerity. Many of the places identified in the government’s Towns Fund were those worst affected by austerity.

Places like Oldham and Rochdale – already some of the most deprived local authorities in the country – saw government spending cuts of 30-40 per cent between 2010 and 2017.

So the task is herculean from the start. And we haven’t yet mentioned the elephant in the room: Brexit.

With or without a deal, the economic impact of leaving the European Union will be substantial, and forecasts suggest it will be greatest in precisely those parts of the country most in need of ‘levelling up’.

Thiemo Fetzer, for instance, has found that the costs of Brexit are likely to be more concentrated in local authority areas that have relatively low educational attainment – in other words, that it will exacerbate existing inequalities.

Despite all this, levelling-up as a political project may not necessarily be doomed to failure. For one thing, we should not underestimate the importance of political attention.

A Government that appears committed to addressing regional inequality sends a powerful message.

As Deborah Mattinson has found from her work in the Red Wall seats, many voters felt they had been both left behind and taken for granted under successive Labour governments.

It may be that the simple fact of having a government that talks about prioritising their concerns makes a difference.

That said, the Government has hardly made a positive start. Its handling of the pandemic has led to accusations that it is one rule for the South and another for the North.

Large parts of the north of England were asked to lockdown when Covid raged in the south in the spring, but not vice versa in the autumn.

Perhaps more damaging was the tussle with Andy Burnham. The Government refused an additional £5 million for businesses in his patch, and then made the scheme instantly more generous when London moved into Level Two.

And when the whole country locked down, the cherries aligned and the Treasury one-armed bandit spewed out cash.

Be this as it may, there are signs that this might change. The Blue Collar Conservatives and Northern Research Group have given a new public face to the levelling up agenda. And the Conservatives have announced plans to open a second, northern headquarters, in Leeds.

The aim, as with their continuing talk of the Northern Powerhouse, is to send a clear signal that the they are there to stay.

Moreover our research with low-income voters in some of these areas revealed that many are not expecting miracles.

Reversing some of the hollowing out of local government due to austerity would go a long way to addressing these issues, and might well be much more effective (and far less expensive) than large infrastructure projects.

In order to genuinely address the problems besetting those areas in desperate need of a new economic settlement, the government urgently needs to put more flesh on the bones of its levelling up agenda.

And for levelling up to be really effective, successive governments must commit to achieving it. But to win the political battle, it may be enough – just – for Johnson to show that he has listened and started to act.