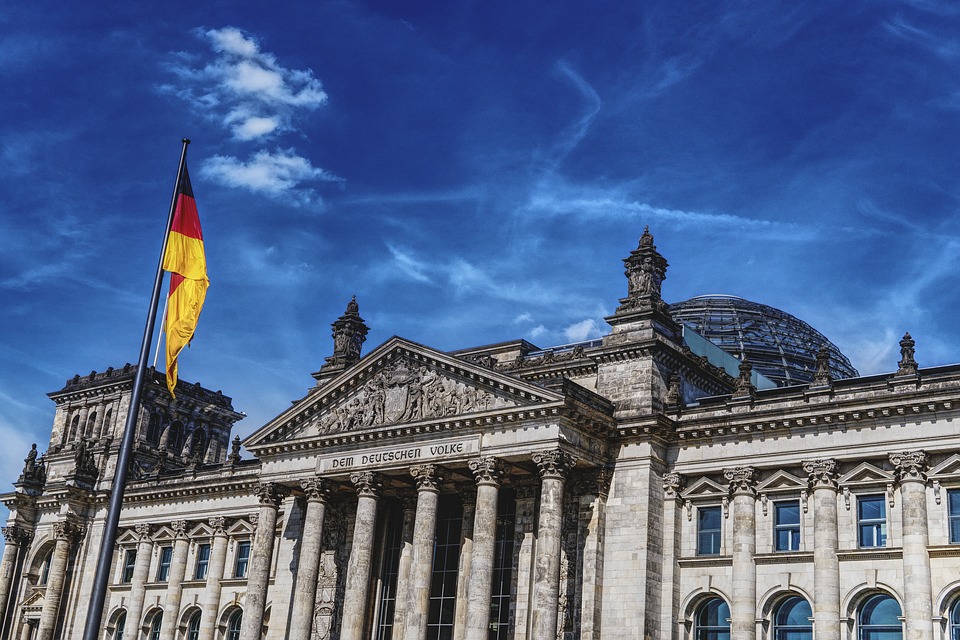 The German Social Democratic Party (SPD) has once again elected a new leader, or this time leaders – Norbert Walter-Borjans and Saskia Esken (‘Eskabo’).

Since the party lost the chancellorship in 2005, it has had 13 leaders and six alone in the last two years (four of whom were interim chairs).

The most significant of these will be away from the infamous ‘Hartz IV’ social reforms, which cut social benefits for the long-term unemployed.

Yet, it seems that intra-party warfare will continue to shatter the SPD and undermine its position as a nationally significant actor.

Most commentators agree on two things.

First, the promise to ‘get over’ Hartz IV is unlikely to pacify the party because there is no reason to believe the internal struggles will come to an end in the near future.

Various party leaders had already tried to do so since 2005 – perhaps most credibly Andrea Nahles in November 2018 – before the newly elected leaders made it their leadership campaign pitch.

Second, the new strong man within the weak SPD is Kevin Kühnert, the leader of the SPD’s youth wing and a newly elected member of the party executive.

But there may be reason to think the intra-party warfare will end this time and that Kühnert will refrain from following the established pattern of stabbing in the back the very leaders who he helped to get elected.

Mostly, this is because the SPD is not about policy anymore.

Nor is ‘Hartz IV’ simply a policy that is susceptible to change – it is taboo.

Whoever touches it, sees their political career die.

Rather, the SPD’s development should be assessed from a biographical rather than a policy perspective.

All party figures connected to the Hartz reforms – as proponents or even opponents – have lost their legitimacy within the party.

This is the single most important reason why Kurt Beck, Martin Schulz and Andrea Nahles lost their positions so quickly.

A partial exception was Sigmar Gabriel, a formidable political animal, who after all also fought an uphill battle from 2009 to 2017.

By contrast, under no circumstances can one attach ‘Eskabo’ to the Hartz reforms.

Walter-Borjans was not even in politics in 2003 and worked as a consultant after the SPD had lost power in the federal state of Saarland in 1999.

Esken only started her party career in 2009 when she became chair of the SPD constituency party in Bad Liebenzell, Baden-Württemberg.

Furthermore, the biographical perspective helps to explain who was denied a place in the current party executive.

For instance, Michael Müller, the current Mayor of Berlin and self-proclaimed herald of affordable housing, was directly involved in selling Berlin’s public flats in 2003 as party leader in the Berlin legislature.

Accordingly, he received such a bad result in the first round of the executive elections that he pulled out of the race.

Remarkably, even the candidature of a pronounced critic of the Hartz reforms, Ralf Stegner, took a similar fate.

Only those who held a party – but no cabinet or parliamentary – office narrowly made it to the current SPD executive.

The good news (at least from an SPD perspective) is that the newly elected SPD leadership has a better chance than any of its predecessors of surviving the likely electoral setbacks because it cannot be associated with the Hartz reforms.

The bad news is that there is no reason to believe that the prospect of an intra-party truce has any positive implications for the SPD’s barely visible impact on EU politics.

The party has tolerated Angela Merkel’s lukewarm positions on Europe since 2005 without any individual initiatives, and it will most likely continue doing just that.

The embodiment of this gloomy outlook is the only exception to the rule mentioned above that no member of the current SPD executive held any cabinet or parliamentary office back in 2003, Udo Bullmann.

Bullmann was a deputy chair of the Socialists and Democrats’ group in the European Parliament and since then continued to be just that (with a brief interlude as chair in 2018 and 2019).

He is very much the backdoor deal politician of the good old days of the permissive consensus and there is no reason to believe that he has the ideas to deal with the emerging constraining dissensus in Germany.

The fact that the only politician with a cabinet and/or parliamentary career back to the Hartz reform period who continues to sit on the SPD executive made his career in European politics illustrates how much the party cares about the EU and Europe at large: not much at all.

The SPD does not look to Europe. It does not even look to the future as such.

The most positive conclusion one can draw is that the SPD might be about to come to terms with its obsession with the past.

By Michael Koß, Professor for the Political System of Germany and the European Union at Leuphana University Lüneburg