Will nothing change during the transition? 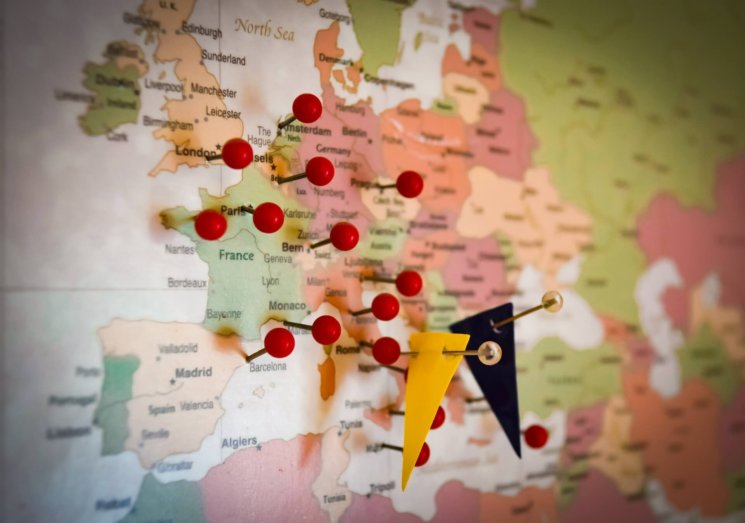 The Government’s plan is for a technical exit from the EU at the end of the Article 50 process, followed by Brexit around two years later. The goal, outlined in Florence, of agreeing an (essentially) ‘nothing-will-change’ transition period is the single most significant development in stated Whitehall Brexit policy since the Lancaster House speech. Theresa May spoke then about a phased approach, but suggested that there would be “interim arrangements”.

Now ministers are saying there will be a single change, at the end of the transition; not changes into the transition and out of it. Significantly, the Prime Minister conceded in Florence that the framework for the transition – which she calls an “implementation period” – is “the existing structure of EU rules and regulations”.

The case for a transition is strong, given the rigid timetable of Article 50 and Whitehall’s lack of general preparedness. In an ideal world, it could perhaps have been avoided. But things didn’t quite work out like that. The UK could spend a huge amount of time, effort, and negotiating capital seeking a bespoke interim arrangement with the EU; or it could run with an off-the-shelf model. That’s why a transition within the existing rules and regulations makes sense. Getting the EU to sign up to something new for the transition would be challenging and distract from the main issue: the future UK-EU relationship.

It’s important that the transition period is just that. It should take the UK out of the EU and last only a limited period. The CBI’s and Labour party’s calls for open-ended transitions should be rejected. Such options would also hand too much leverage to the EU. At the other end of the scale, the Legatum Institute has argued that the UK must reject any option which leaves it as a rule-taker. A long-term position for the UK with ‘regulation without representation’ ought to be a non-starter. Any lengthy transition period raises the risk that the EU could impose punitive regulations on the UK, which we would be unable to block without a seat around the table.  But a short transition period of rule-taking may be a sensible compromise.

As Open Europe has argued, a transition period helps finesse some (but not all) of the issues around the “Brexit bill”. If the UK were to leave the EU by April 2019 there would be over a year and a half still to run of the EU’s 2014-2020 budget. EU net contributors are unwilling to plug a shortfall, while recipient nations don’t want unfulfilled spending commitments. No wonder the Polish foreign minister, Witold Waszczykowsk, told me that the whole EU27 agrees that the “UK should pay as much as possible for as long as possible”.

A transition until the end of 2020 would allow the UK to “pay to play” while fulfilling the commitment, which Theresa May made in Florence, that no member “will need to pay more or receive less over the remainder of the current budget plan”. December 2020 might therefore mark a logical end point for the transition. European Commission’s Brexit lead, Michel Barnier, recently told newspapers that it “makes sense” if the transition lasts “until 2020”.

Accepting the need for an “implementation period” does not resolve every issue. More fundamentally, a transition will only provide real surety, if its outline is clear sooner rather than later. Yet, a transition cannot not be fully locked down until the end stages of Brexit negotiations, because “nothing is agreed” until “everything is agreed”.

A transition under the current rules should be relatively easy to negotiate. Barnier told German paper Handelsbaltt that he could envisage a scenario where for “a short time after the [UK’s] formal exit from the EU the economic status quo would continue to apply, which besides the internal market also includes the customs union and [the UK being subject to] collective political decisions [of the EU27]”. He also confirmed that his staff are currently working on their transition policy. Once their position is published and agreed, the EU’s opening offer will be clear. From that, the possible landing zone for an ultimate UK-EU agreement can be deduced.

Some on the Brussels side are enjoying the squeeze on the UK, perhaps even hoping to see more of the sort of tweets sent by a Goldman Sachs’s boss, Lloyd Blankfein, which threatened a move of that bank to Frankfurt. Equally the Commission has recently started suggesting that plans are made for a ‘no deal’ scenario. Although it’s not yet clear what carve-outs the UK might seek from the status quo during a transition, a failure to agree a transition, now the UK has accepted the EU’s most important condition, seems unlikely. The EU side wants the UK’s money, and importantly – the EU itself is rather unprepared for a full UK exit in March 2019.

At a reception at last month’s Conservative Party Conference, Theresa May suggested that we will “know the shape” of our trade deal with the EU when we enter the “implementation period”. The aspiration for heads of agreement on a future UK-EU trade deal before the end of Article 50 is the right goal. But it’s possible that negotiations do not get that far. The transition may offer an extended negotiation period, albeit one where the UK is technically already a third country.

The Florence Speech helped move negotiations on with Brussels and provided a direction of travel behind which the squabbling Cabinet could unite. There are still important areas where more clarity would be welcome. Is the plan to stay in that transition in its entirety for the whole of its duration? Or is it possible that the UK might exit different aspects in a phased manner – say, leaving a customs union sooner, while maintaining other elements of the transition for longer. To answer these and other questions, the Government should soon publish a position paper outlining greater detail on its proposals for a transition period, even if it is currently considering various alternative policy options.

Overall the Prime Minister’s backing for an “implementation period” on the EU’s terms will have provided some important reassurances. With her Florence speech, Theresa May managed to appease the Eurosceptics whose priority was to create (what I would call) ‘facts on the ground’ by – as they see it – irrevocably pulling the UK out of the EU and related institutions by April 2019. And she also had something to offer for those worried about the disruption of Brexit. Her transition policy of ‘everything changing for everything to stay the same’ may seem as if it’s drawn from Lampedusa’s the Leopard, but it has set the agenda for the next phase of the talks. If she moves a bit further on the money, then the UK can get on with talking trade and the future in December.