Will Parliament be able to effectively scrutinise the future relationship negotiations? 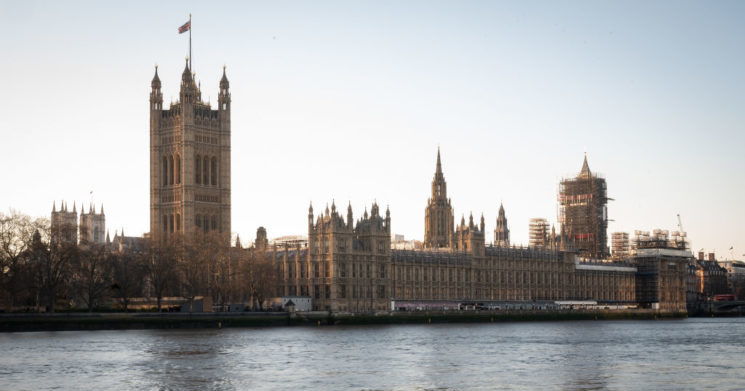 While Parliament played a prominent role in the ratification of the Withdrawal Agreement, its position with regards the future UK-EU relationship is considerably weaker.

As discussed by Lisa James, the EU (Withdrawal Agreement) Act (WAA) does not require a meaningful vote by Parliament on the future relationship agreement.

Furthermore, Jill Barrett’s contribution highlights how existing procedures for approval of treaties under the Constitutional Reform and Governance Act 2010 (CRAG) provide insufficient mechanisms for effective parliamentary accountability of the government.

Nonetheless, this should not make effective scrutiny impossible and opportunities for this still exist with respect to the future relationship negotiations.

In this context, the engaged and proactive position of the European Parliament in international treaty negotiations provides an interesting comparison.

In the EU, a non-binding framework agreement governs communications between the European Parliament and the Commission in treaty negotiations.

It promotes a positive working environment between the institutions and fosters a spirit of cooperation whereby Commission officials regularly attend plenary debates and committee meetings at the European Parliament updating on the progress of negotiations.

In relation to transparency, in the 2014-19 term, the European Parliament persuaded the Commission to extend openness by publishing negotiating mandates in advance of trade negotiations.

Once agreed, a negotiating mandate is available to the European Parliament as soon as a proposal for its adoption is transmitted to the Council.

A proactive attitude of the European Parliament from the start of negotiations improves the level of scrutiny, particularly with regard to complex agreements that contain deep commitments and cover a broad range of sectors.

For example, the non-legislative resolution, in which the European Parliament stated its position, highlighted a potential incompatibility between the UK data protection legislation and the relevant EU regulation.

Safeguarding high standards of data protection for the EU citizens is one of the priorities of the European Parliament and a potential non-compliance of the UK legislation with EU
law could become a stumbling block in future negotiations.

As the consent of the European Parliament is required for conclusion of the UK-EU agreement, its views are likely to be considered by the Commission throughout the course of negotiations.

In the absence of a formal commitment to transparency during the negotiations by the UK government, Parliament should consider how it could maximise its influence within the confines of the WAA and parliamentary procedures.

While mirroring the practice of the European Parliament of passing nonlegislative resolutions may not be appropriate, a select committee scrutinising the negotiations does have a degree of autonomy to develop its scrutiny modus operandi.

In producing reports on the progress of negotiations, it would be open to a select committee to engage in a dialogue with the European Parliament, for example by calling MEPs to give evidence, as the Exiting the European Union Committee did during its scrutiny of the Withdrawal Agreement negotiations.

No longer shadowing a department, the committee will prioritise oversight of the future relationship negotiations and is likely to produce regular reports on the progress of the negotiations – as Hilary Benn’s contribution describes took place during the withdrawal agreement negotiations.

But to maximise future scrutiny, the committee could, for example, consider how it could take into account other inquiries that may concern the negotiations and draw upon the expertise of other select committees.

During the 2017-19 Parliament there were 66 Brexit-related inquiries conducted by various departmental committees, which highlights the level of capability and capacity within Parliament which could be turned to conducting scrutiny of international treaty negotiations.

Coordinating a response within Parliament across select committees that engage in scrutiny of the negotiations would be one means of improving the coherence of Parliament’s response and strengthening its voice.

In the European Parliament, the committee responsible for scrutinising an international agreement will request opinions on specific issues from other committees with relevant expertise, which, in turn, are incorporated in a report provided to MEPs before the Parliament approves a treaty.

Although there will be no meaningful vote by Parliament on the final UK-EU agreement, Parliament may need to adopt further legislation to give effect to its provisions.

This could give it power to indirectly veto the agreement by refusing to enact implementing legislation.

However, such a decision would need to be considered carefully, as it could result in the UK breaking its international commitments.

Moreover, with a large Conservative majority in the Commons, it is unlikely that Parliament would jeopardise the government’s negotiating efforts.

The current constitutional framework puts Parliament in a weak position with regard to scrutiny of the UK-EU negotiations in comparison with the prerogatives that can be exercised by the European Parliament.

But during the negotiations, select committees have a vital role to ensure that scrutiny takes place, and the Committee on the Future Relationship with the European Union is well placed to undertake and possibly coordinate scrutiny within Parliament.

The practice adopted in relation to the scrutiny of the future UKEU relationship will also impact the position of Parliament in negotiations on future international trade agreements.

As the number of new treaties to be negotiated increases, arguments in favour of establishing a separate select committee responsible for scrutiny of international treaties are likely to increase.

A report of the House of Lords Constitution Committee concluded that distributing workload among existing committees was not an adequate solution (see Jill Barrett’s contribution).

To this extent the oversight experience of Hilary Benn’s committee with respect to the future relationship negotiations, and its ability to use existing procedures, powers and opportunities at its disposal in such scrutiny, will be important.

Going forward, this experience could provide a blueprint for other committees, or any new committee scrutinising treaty making, to maximise the impact of their scrutiny activities at a time when government has sought to limit parliamentary oversight of treaty negotiations.

By Ewa Zelazna Lecturer in Law, University of Leicester. This piece originally featured in Encompass. This piece forms part of the parliament and Brexit report.