Will Ruth Davidson’s resignation have an impact on Brexit? 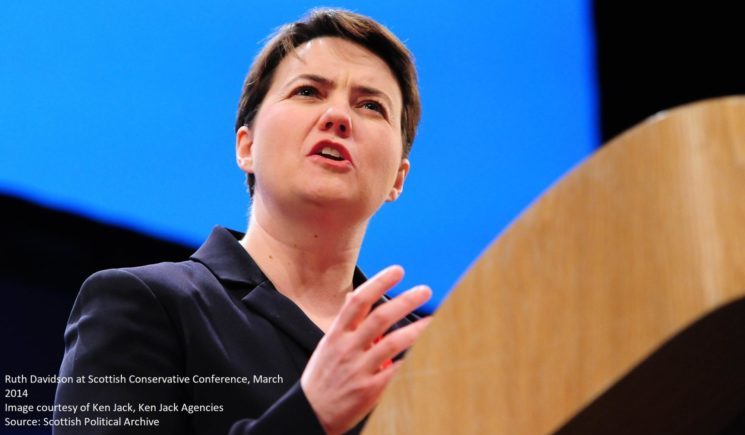 Whatever cunning plans are being hatched in Downing Street, every move the Prime Minister and his team make will have unintended consequences. Among these are the consequences for politics not just in Westminster and Whitehall, but across the UK’s territorial communities.

Yesterday, the news that Ruth Davidson was set to quit as leader of the Scottish Conservative Party knocked the prorogation announcement to the second biggest news story of the day north of the border.

Although Ms Davidson emphasised personal reasons in her speech, it has been known for some time that she was uncomfortable in her role as Scottish lieutenant to a Boris Johnson premiership, a man from whom she has publicly distanced herself and her party. Her decision to quit is therefore in part a reflection of the irreconcilability of her vision of Conservativism and the path the Prime Minister is following.

Notwithstanding some of the vocal Leave voices among the 13 Scottish Conservatives who entered the Westminster Parliament in 2017, the Scottish Conservatives have long been broadly comfortable with the UK’s EU membership. The party north of the border never had to confront the toxic divisions over Europe that have bedevilled the UK party for decades.

The party leadership maintained a pro-EU consensus and Ruth Davidson campaigned passionately for Remain, including in a memorable TV debate in opposition to Boris Johnson. She accepted the result in 2016, but stressed again in her resignation speech the importance of leaving with a deal.

Davidson’s resignation is unlikely to have an impact on the direction of travel on Brexit; she’s not a big enough UK political figure for that and, besides, her emphasis on family reasons gives some cover to the PM. But her departure could have an effect on the Conservatives’ capacity to fight a rearguard action in defending the Union against the looming threat of another independence challenge.

If an early general election is called, the party could face an uphill struggle to retain the hard-won gains of 2017, when Scotland was the only part of the UK where the Conservatives made gains.

While Brexit played its part in that result, especially in the fishing strongholds of the north east of Scotland, the gains were more a result of Davidson’s no.1 priority: opposition to independence and to a second independence referendum. Then, the Conservatives’ gains and the SNP’s losses stalled the Scottish government’s referendum plans and gave Unionists confidence in more bullishly rejecting calls for another independence vote.

Ruth Davidson is widely credited with detoxifying the Conservative Party north of the border in her eight years as leader, even if the achievements were not quite as consistent as the eulogies to her leadership may suggest.

Certainly, in 2017, the Conservatives secured their best result in a General Election in Scotland since 1979. Two years previously, by contrast, the party secured just 15% of the Scottish vote, by some distance its lowest ever vote share.

In the Scottish Parliament elections of 2016, Davidson led the party to its best performance in a Holyrood election, securing a second place finish ahead of the Labour Party. This allowed her to present herself as leader of the opposition (there is no such role in the Scottish Parliament and, in truth, the minority SNP government has had the advantage of facing a divided opposition). North and south of the border, the disarray in which the Labour Party finds itself may yet help the Conservatives stem losses in any upcoming election.

Bound up with the challenges posed by electoral completion is the constitutional contest for Scotland’s future. Contrary to some opinion in SW1, Ruth Davidson was not the saviour of the Union and her party’s successes did not extinguish the independence challenge.

Rather, they reflected her ability to capitalise on the polarisation of the vote along nationalist/unionist lines, as well as her popularity and political acumen. That she has been a formidable opponent of independence is beyond doubt. Losing a popular leader – assuming she withdraws from frontline politics –  while the UK veers ever closer to a no deal Brexit seems likely to make defending and preserving the Union a more challenging task.

By Professor Nicola McEwen is Senior Research Fellow at the UK in a Changing Europe and Co-Director of the Centre on Constitutional Change.