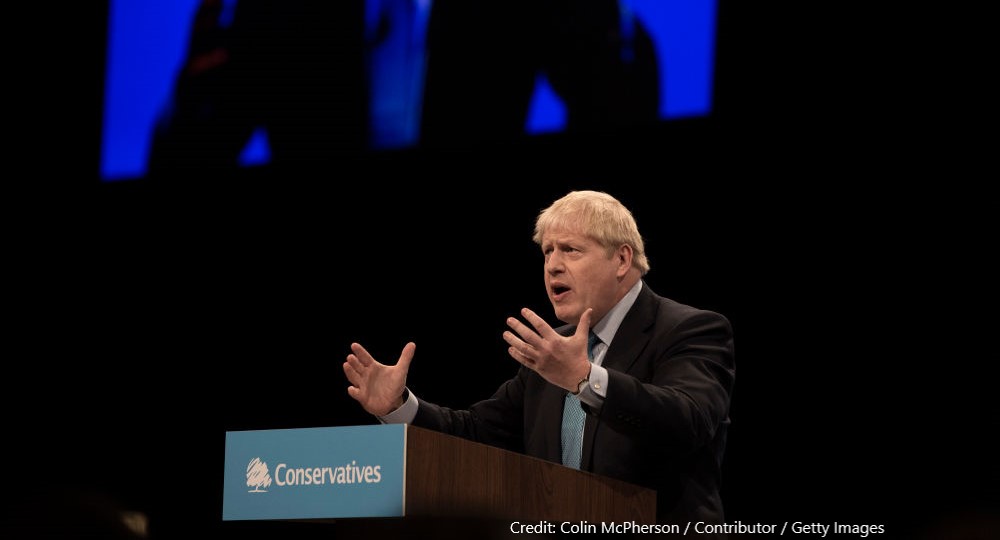 The news agenda this week has been dominated first by COP26 and then by the vote in the Commons to change the rules governing the conduct of MPs. Even the most casual observer of British politics could hardly fail to have noticed the stories, if not the details.

Yet, over the last 18 months, we have become used to seeing big stories dominate headlines but do little to change the headline polling figures for how people would vote in a general election.

In an earlier blog, Alan Wager looked at the idea of ‘cut through’ – the question of whether people really pay attention to stories like these, or are they simply part of the background noise of daily life.

This piece takes a different approach, by thinking about how these stories might be received by key swing voter groups, focussing on the differences in values between the new Conservative voters and those who had voted in Conservative in the 2015 election.

The 2019 general election saw a relatively high number of voters switch from Labour to the Conservatives, ultimately delivering Johnson’s majority on the back of seats that had never returned a Conservative MP before.

Using data from the British Election panel study we can compare these ‘new’ Conservative voters (who had switched from Labour to Conservative between 2015 and 2019), with those who had voted for the party at both the 2015 and 2019 election.

The 2015 election is taken as a comparison to capture those who moved from Labour to Conservative in 2017 or 2019 as both groups can be thought of as part of the ‘new’ Conservative coalition.

With COP26 in the headlines, it is striking how similar attitudes to environmental protections are among the two groups.

For example, when asked if measures to protect the environment had gone too far or not far enough, 51% of those who voted Conservative in both 2015 and 2019 said they had not gone far enough, compared with 52% of the ‘new’ Conservatives (those gained from Labour since 2015).

In sharp contrast 82% of those who voted Labour in both elections said measures had not gone far enough. 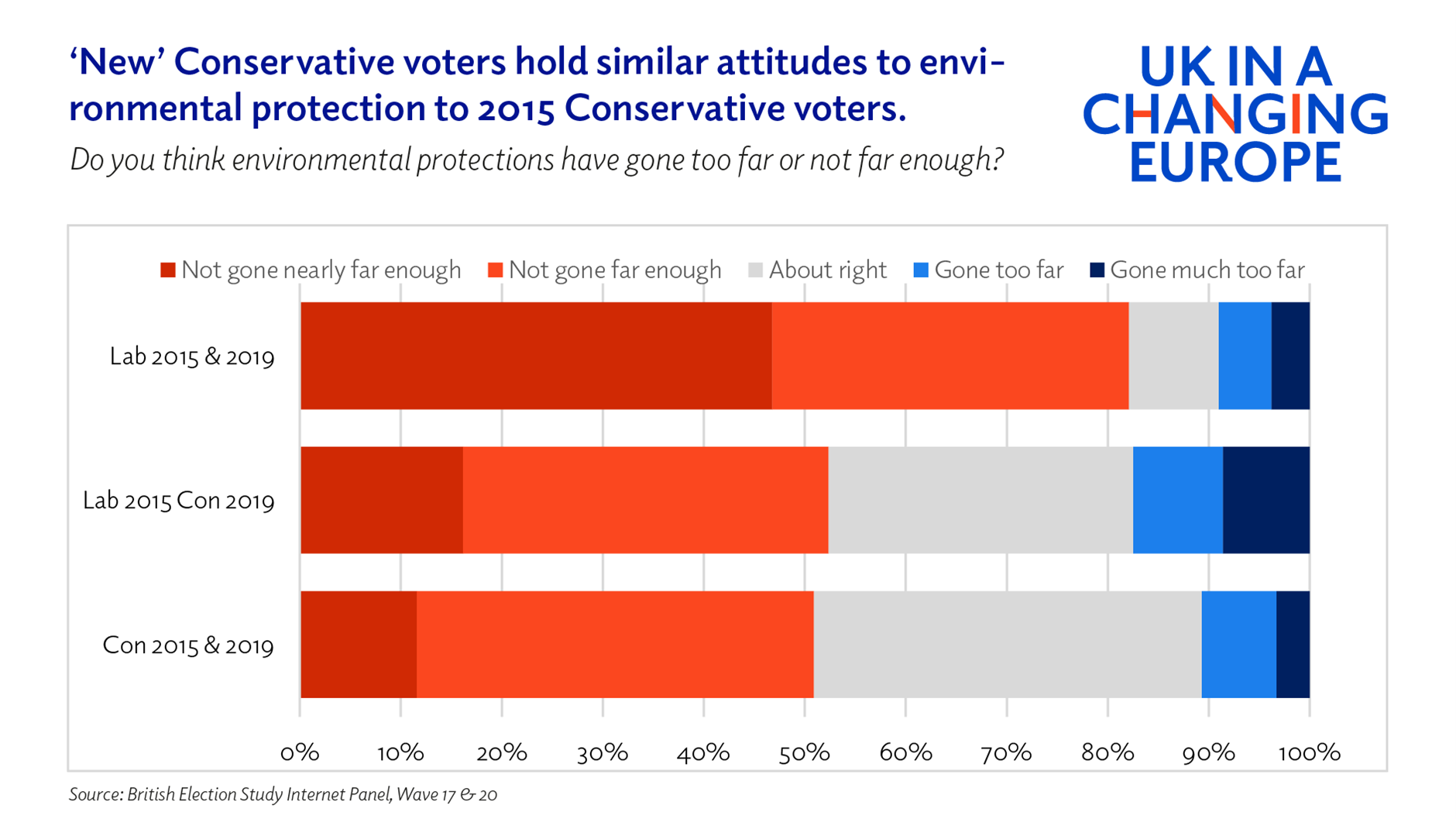 The Conservative coalition of 2019 was built on these non-economic issues; but there is less agreement on those which touch on fairness. 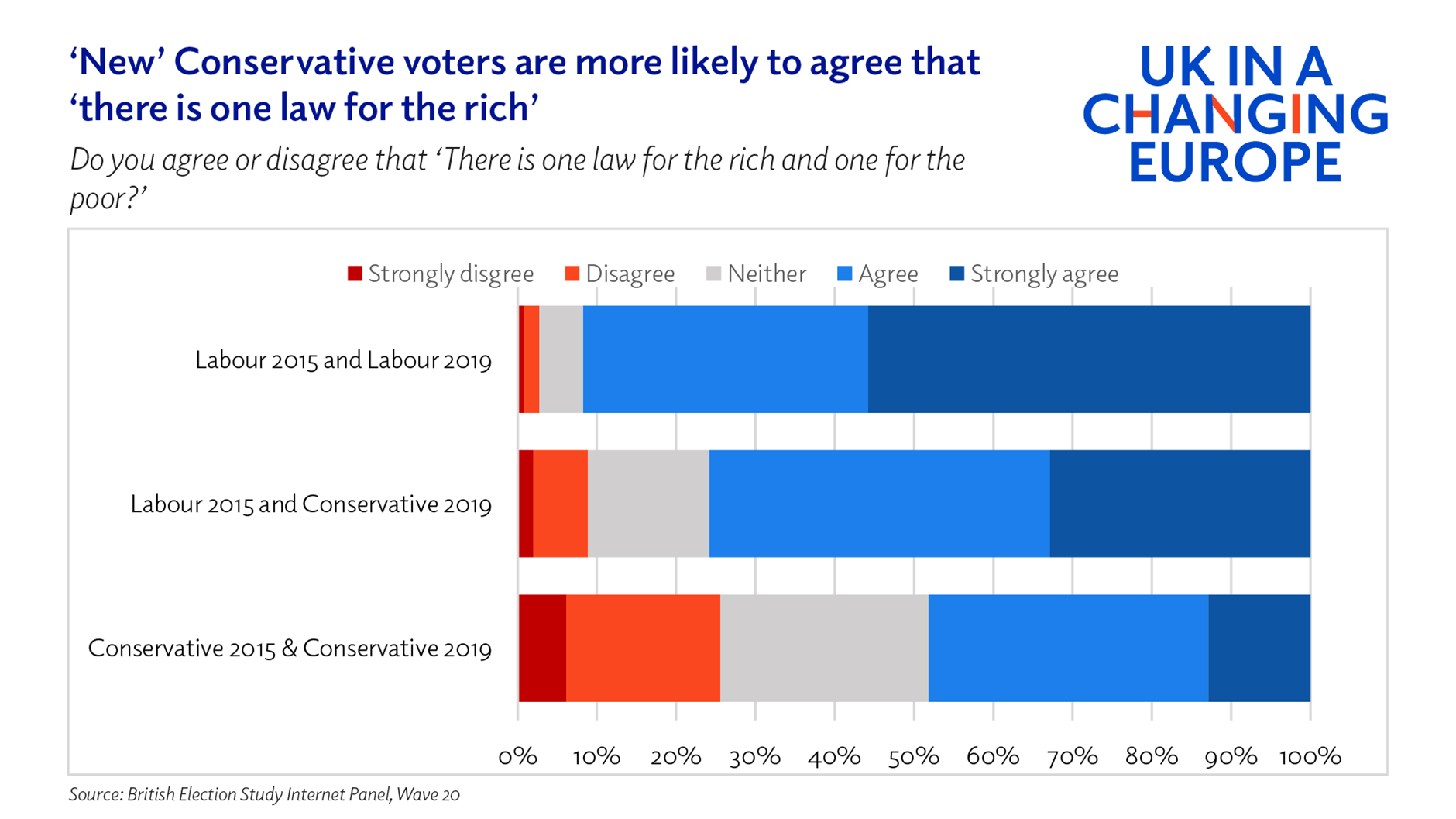 Another key difference between these loyal and new voters for the Conservative party is their attitude to politics and Westminster. 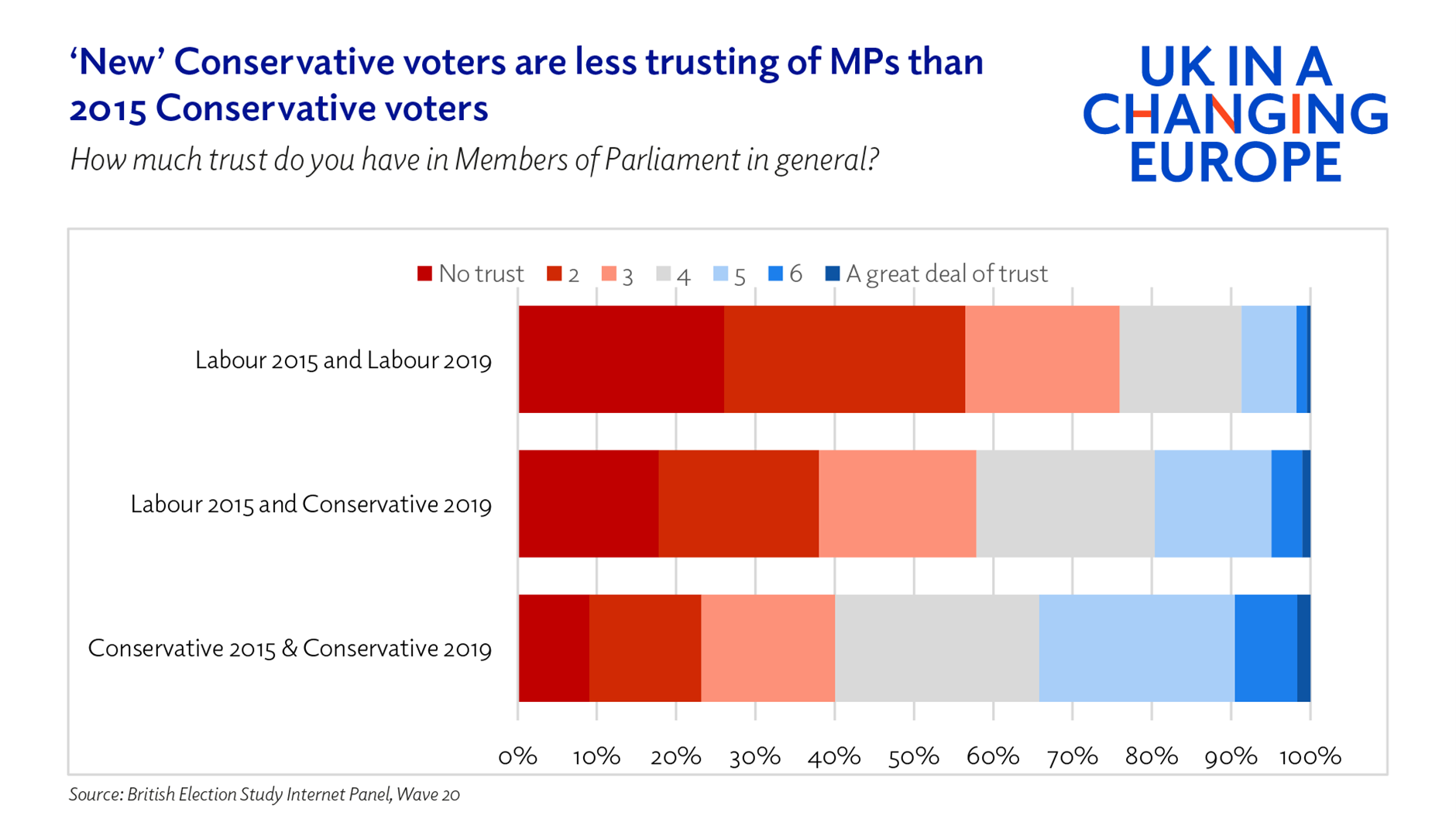 What impact might the events of the last seven days have on a future general election?

It is rare to see the impact in short-term headline voting intentions, but they may have a more lasting impact on the images of the parties.

For the Conservatives, a concern must be that being seen by voters as protecting those with wealth and power could undermine the connection with their new voters. While currently the Labour Party seems to struggle to capitalise on this, there is a danger of voters tuning out and staying home.

In close contests, who votes might be the difference between winning and losing.

Perhaps more worrying for the Conservatives is that there is much less outward hostility to Labour among this group of switchers than among other Conservative voters (hardly surprising given they had voted Labour in the recent past).

Sometimes perceptions of parties stick precisely because they play into pre-conceptions. Labour have yet to recover voters trust on economic issues, in part because the attacks the Conservatives made on economic competence after the 2008 crash played into pre-existing ideas of the party.

While the Conservatives have benefitted from a sense of ‘getting things done’ recently (from Brexit to the vaccine rollout) accusations that they are really on the side of the rich and powerful, and that they look after their own, has a similar potential because it goes with the grain of negative aspects of the Conservative brand.

It is surprising that the government – who at times seemed unable to order breakfast without first checking how it would look in the ‘red wall’ – should have failed to grasp earlier the potential impact of being seen as operating with ‘one rule for them’.

But, as Matt Bevington argues, Labour can’t afford to wait for voters to come to this conclusion of their own volition. The post-crash economic competence narrative was set by active opposition, and still has power today.

Labour need to find a way to make a narrative that the government are out of touch and work by their own rules, while somehow avoiding the cynicism of a public who are quick to judge MPs as all the same.