Will the Commons select committees face a period of sustained pressure? 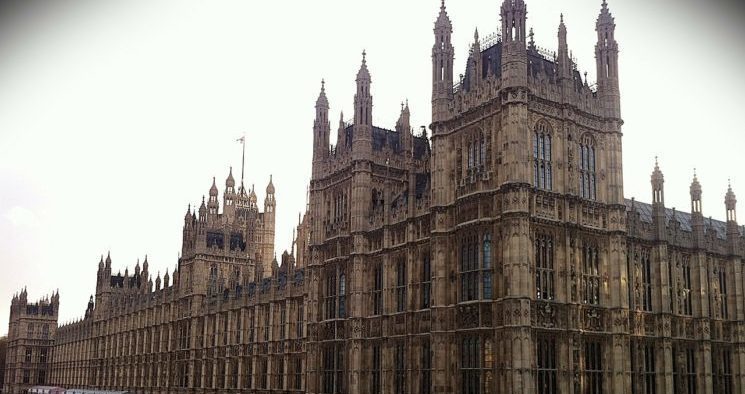 The House of Commons select committees system is a parliamentary success story. But it is a success story about to come under a period of sustained pressure.

The influence and public profile of the committee system has been boosted by a reputation as a generator of agenda-setting policy discussion, and a vehicle for genuine cross-party scrutiny.

The new political environment since the 2019 general election provides a test of whether these factors can be sustained.

In an environment where the government is explicitly setting out to reduce the level of parliamentary scrutiny around Brexit and its consequences, select committees
face the challenge of maintaining the levels of influence they enjoyed during the 2017-19 Parliament.

Some government decisions that inhibited select committee scrutiny at the start of Boris Johnson’s tenure are temporary.

The attempted prorogation, actual prorogation, dissolution and the slow start after the general election, combined with the distraction of the Labour leadership contest, have disrupted committee activity.

The Liaison Committee has yet to question Boris Johnson, who cancelled an agreed appearance in October, having postponed twice previously.

All this at a critical time when negotiating mandates and opening positions are being fleshed out.

Yet there are other substantive and long-term problems for scrutiny, resulting directly from government decisions, which will continue to impact throughout the transition period.

As discussed in Lisa James’ contribution, government revisions to the post-election EU (Withdrawal Agreement) Bill (WAB) reduced MPs’ ability to scrutinise the next steps on Brexit on the floor of the House of Commons – including the negotiating mandate and updates on negotiations.

This means that MPs (and watchers of BBC Parliament) will be denied those pinch points of high drama – and, more importantly, high scrutiny – that shaped government strategy throughout the last Parliament.

The question is whether select committees – with their proven capacity to generate moments of scrutiny and expose the government of the day – can partly fill the gap.

Hence, perhaps the most important role for select committees in the next stage of Brexit will be in what Marc Geddes describes as the drama or spectacle of accountability that they create: making sure that the government (and its ministers) are forced into the public arena to publicly spell out the trade-offs inherent in forging a successful path outside the European Union.

This will depend on their capacity to act as genuinely cross-party bodies which, in turn, will be shaped by their internal dynamics and composition.

The election result means that this composition will change from an even split between the two largest parties along with smaller party representation, to a Conservative majority on most committees. Select committees will also be reliant upon assertive and independent leadership.

The willingness of highprofile politicians to view chairing a select committee as a career stepping-stone is seen as a symptom of the system’s success – particularly since the Wright reforms introduced select committee elections in 2010.

Key players on the Labour side such as Yvette Cooper and Hilary Benn have played important roles as select committee chairs, though some might now be tempted back to the frontbench after Corbyn’s term as leader is over.

Most recently there has been a trend of newly ex-ministers on the Conservative side seeking election as committee chairs.

This raises the question of whether these MPs will feel insulated enough from party political pressures – the original purpose of those Wright reforms – to act in ways that will displease their former ministerial colleagues.

There are some reasons to think that committees might rise to the occasion. Partly as a function of the personnel changes that Johnson made upon becoming Prime Minister, many select committee chairs in areas highly relevant to Brexit are independent-minded Conservative MPs who did not support him in the leadership contest: Tom Tugendhat in Foreign Affairs, Tobias Ellwood in Defence, Greg Clark at Science and Technology, Huw Merriman at Transport.

Notably, just one of the 28 select committee chairs elected on 30 January 2020 – William Wragg, who replaced veteran Brexiteer Sir Bernard Jenkin at the helm of the Public Administration and Constitutional Affairs Committee – campaigned for Leave in the 2016 EU referendum.

While parliamentary scrutiny was a loser from the revisions to the WAB, the European Scrutiny Committee (ESC) was a winner.

The committee has long been seen as a hotbed for euroscepticism: in the previous Parliament, all 10 of its Conservative members had supported Leave in 2016.

The committee now has a statutory role in scrutinising EU law during the transition period. Principally, the ESC will have the ability to trigger votes on the floor of the House of Commons if new EU law is deemed to raise issues of ‘vital national interest’.

This would in turn create pressure on the government to raise these issues at the Joint Committee, which has been set up to manage disputes throughout the next stage of Brexit negotiations.

As the Institute for Government has pointed out, if the UK and EU agree on a treaty by December 2020 this system could well be seen as a prototype for how MPs could have continuing oversight over the UK-EU relationship in the future.

Given its potential increased importance over the long term, it is notable that the ESC is still chosen by party whips. The government’s statement on the UK’s approach to the negotiations was in one sense the first sign of declining legislative influence.

It was quietly tabled as a ministerial written answer on the same day that Boris Johnson delivered a speech outside parliament, leaving MPs with no voice and no vote.

Yet this statement also demonstrated that the nature of the future relationship will have a knock-on impact for almost all areas of public policy.

Across these areas, given the more limited opportunities to question the Prime Minister on Brexit on the floor of the House, it will be up to departmental select committees to pick up the slack.

By Dr Alan Wager, politics researcher at The UK in a Changing Europe. This piece was taken from our report on Parliament and Brexit.