With Brexit uncertainty heating up, is the tourism industry cooling down? 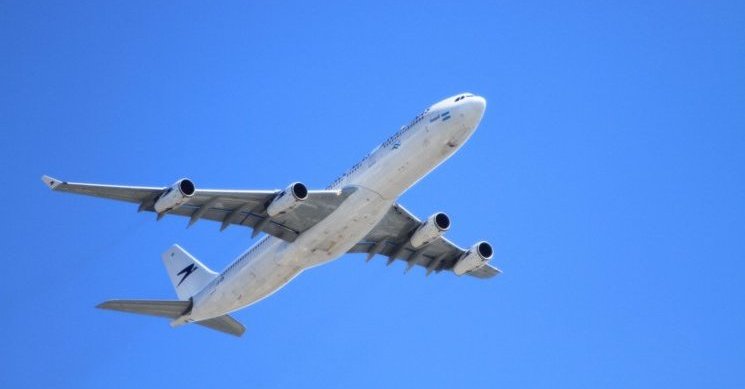 This time of year is marked for many people by their annual holiday.

Although over the years tourism patterns have changed from just taking an annual trip to the possibility of more frequent escapes for shorter periods, thanks in part to the rise of low-cost airlines, the idea of the chance to get away from it all, relax in the sun, spend time with the family and do a spot of sightseeing on a regular yearly basis remains.

Vacations take a variety of shapes and forms but for many they involve a trip to a foreign destination. After Brexit the structure and frequency of holiday making practices may well change, and for some it already has.

For example, the number of British tourists going to Turkey for their holidays in 2019 has increased. Tour operator Thomas Cook put the attraction of non-EU destinations down to the uncertainties surrounding Brexit.

According to the United Nations World Tourism Organisation there were 1.4 billion international tourist arrivals in 2018, an increase of 6% on the previous year.

The UNWTO figures show that of the 1.4 billion tourists Europe accounted for 173 million of international tourist arrivals. Nearly all areas of Europe show an increase in arrivals. The biggest rise in numbers being in southern and Mediterranean Europe.

By contrast, northern Europe showed no increase in international arrivals – a situation the UNWTO put down to the numbers for the UK being weak.

Tourism is not just about our holidays. As an export product it requires image creation and control. It is a means by which a country presents its external face to the outside world.

Whether people choose to visit the UK is influenced by the country brand, and a part of this rests on how welcoming it is to outsiders. In 2018 the UK’s reputation for being a welcoming country fell in ranking for the second consecutive year.

As a product tourism is subject to fashion and fads. That is, a destination can be popular for a time but quickly fall out of favour with tourists for a variety of reasons including feelings of safety, costs related to exchange rates and place image based on a whole variety of media reports.

Following the outcome of the referendum in 2016, the impact of a UK departure from the EU was almost immediately felt for tourism. Sterling fell in value and in July 2016 the tour operator Lowcostholidays went into administration, blaming Brexit for some of its problems.

In addition, the low cost carriers Monarch Airlines (which collapsed in 2017) and Flybmi (which went into administration in 2019) also attributed their demise in part to Brexit uncertainty.

The image of the UK as a hospitable place for overseas visitors also took a hit in the aftermath of the June 2016 vote, with an increase in reports of race-related attacks.

Coupled with uncertainties over status and general feelings of no longer being welcomed many EU citizens have returned to their countries of origin, taking with them the ‘Visiting Friends and Relatives’ inbound tourism market their residence in the UK encouraged.

Although there are still immigrants from the EU overall net migration is down.

In addition, changes in the freedom of movement between the UK and the remaining EU countries has implications for the hospitality industry more generally, which relies heavily on overseas staff to provide a quality product.

The uncertainty that remains over exactly what Brexit means has direct implications for tourism.

A central tenet of the EU is the one that allows the free movement of its citizens across international borders. This is underpinned by several rules and agreements that allow for the ease of travel between the UK and other EU member countries.

The rise in low-cost air carriers came about largely because of the removal of air-service agreements within the EU and costs for transatlantic travel were greatly reduced because of the EU negotiated Open Skies Agreement.

Used to the ease of crossing borders within the EU for tourism, a lack of freedom of movement has implications in terms of border controls and visa requirements for travel costs and journey times. Both are likely to go up.

Costs may well also increase in terms of insurance as the European Health Insurance card may no longer be valid and cross border agreements for consumer protection face an uncertain future.

The current climate of uncertainty – about whether Brexit will change the rules of holiday taking, or whether a deal (or indeed, a no deal) will ground planes or change flight patterns – is already changing holidaying behaviour. Non-EU destinations seem more attractive and having a staycation may seem to be the least-riskiest option.

More people staying in the UK for their holidays is good news for the domestic tourism business but a downturn in the number of overseas visitors is not.

Some city destinations – upon which the nation’s brand is highly dependent and which are the most attractive destinations for visitors from the EU – may lose out if international arrivals drop because the country is not seen as a welcoming place to visit.