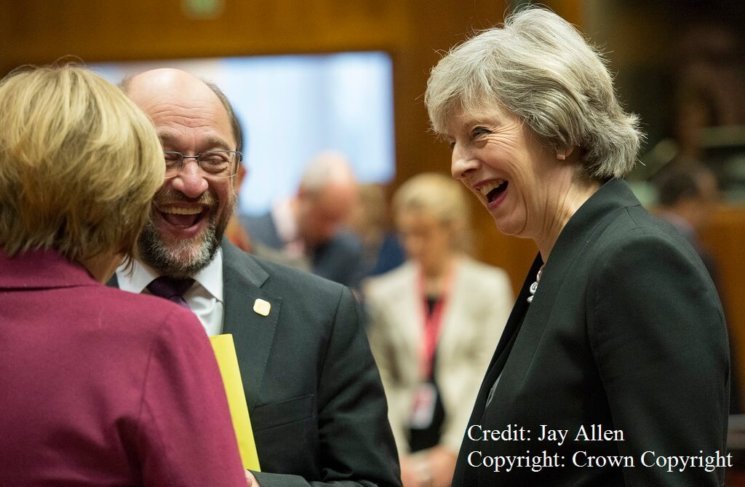 The British government can turn its attention to the main Brexit negotiations, now that the UK parliament has voted to allow the prime minister to begin the process. But several years of tense discussions lie ahead – and many British politicians seem to have spent the past few months doing their best to make them as awkward as possible.

My colleagues and I took to the road, holding private seminars with key “movers and shakers” in Berlin – the capital of Europe’s paymaster – and in Bratislava, home to some of the UK’s erstwhile allies in, as Donald Rumsfeld put it, “New Europe”. The aim was to understand some of the key concerns and priorities in those countries ahead of the negotiations. We spoke to senior officials and governmental advisers – the people who will be shaping their countries’ stances on Brexit.

The other side of the negotiating table

The first message was that threats to turn the UK into a tax haven if no Brexit agreement is reached have gone down like a bucket of cold sick. They have been heard, understood – and have thoroughly soured the mood.

It’s possible to deliver difficult messages about Brexit in a reasonable, sensible tone (indeed, we saw Andy Garth, the British ambassador to Slovakia, do just this for a sceptical audience and he was well received). But each time the British government fails to hit the right note, it has given rise to a desire to teach the UK a lesson. Indeed, Berliners and the central Europeans were at one in feeling that British politicians are crucially overestimating the strength of their negotiating position.

We also learned that Britain’s “red lines” for the Brexit negotiations have caused real problems – and that they are different problems for different countries.

For Germany, the UK’s “red line” that it no longer wants to abide by the decisions of the European Court of Justice is a real sticking point. For the Germans, the laws of the European Union are the basis on which free, fair trade must happen, and the ECJ is the mechanism for making those laws work.

The Germans were also very reluctant to embrace “sectoral” trade deals (for instance, those just covering automobiles) as these would undermine the integrity of the single market, and be hard to put into practice.

For Slovakia and other countries in central and eastern Europe, there was a different sticking point. There, the “red line” of the UK restricting the free movement of people from the EU was, quite predictably, a major problem. The biggest concern is for the position of their nationals already in the UK. Not only do they feel a sense of responsibility to them, but these individuals often also make a valuable contribution to their families, and by extension local economies, back home.

It was also clear to us that all of the EU countries have used the period before Article 50 is triggered to gear up for negotiations. The Germans, in particular, are terrifyingly well prepared. Advanced planning has been carried out in working groups across key ministries and the Chancellory.

They are also committed to the EU negotiating “as one”, and determined not to see the UK being able to split countries off through a process of “divide and rule”.

The UK’s position is not entirely bleak. The Germans seemed open to the thought of a transitional deal with the UK, avoiding a damaging “cliff edge” in key sectors of the economy. In eastern and central Europe, countries were generally quite pragmatically disposed towards the negotiations – even on free movement. And Britain’s role in security and defence is appreciated, although this on its own won’t be enough to “buy” a favourable deal.

The UK needs to be flexible about free movement, especially for EU nationals already in the UK, if it wants to reach a good deal with the EU. And above all, it needs to stop making threats about what it might do if it doesn’t get its own way. These are gratuitously alienating potential allies.

Britain also faces a big risk: with different countries being unhappy with different British proposals, it could get into a negative cycle of “tit for tat” retaliation. If Poland were unhappy about the position on free movement, for example, it might then seek to make life hard for the UK on other negotiating points.

With so many different countries, regional parliaments and the European parliament to keep on side, the UK needs all the allies it can find. Otherwise the “lowest common denominator” is going to be an unceremonious exit from the EU without any agreement at all.

By Professor Simon Green and Dr Ed Turner from Aston university. To view their full report on Priorities, sensitivities, anxieties – German and central European perceptions of Brexit click here. This article was originally published on The Conversation.