Working conditions of migrant ‘key workers’ in the Covid-19 crisis 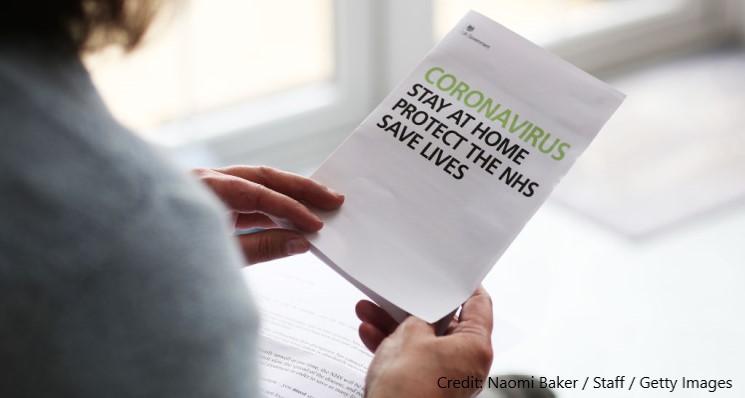 Many migrant workers, previously described as working in ‘unskilled’ labour positions, have found their work promoted to ‘key worker’ status during the current coronavirus crisis. More often than not, ‘unskilled’ meant underpaid and undervalued. What a difference a month can make.

But while the British public praise and thank those who continue to go to work each day to maintain essential food supply, and care for elderly relatives, the working conditions of migrant workers in these ‘key worker’ roles have not changed.

In fact for many, increased demand and risks to personal and family health means working conditions have deteriorated.

As part of our project looking at migrant workers’ experience  in the post-Brexit world, we have been talking to migrant workers in ‘key sectors’ such as agriculture and food production in the last week.

The trends identified are also informed by talking to frontline advice staff of ACCESS and GYROS, the two charities we have been working with most closely. In the last two weeks they have jointly supported 300 individuals from migrant communities.

The farming sector has long been concerned that there would be a shortage of migrant workers to meet its needs after Brexit. Over 98% of summer fruit harvest staff last year came from overseas.

Indeed, in the face of likely shortages, lead supplier and charity Concordia was planning to charter a plane from Eastern Europe with workers to meet demand. The estimated current worker shortfall is 90,000.

This has now been exacerbated by the global travel suspension, leading to recent pleas from farmers to British workers to make up the shortfall.

Yet, Boris Johnson has repeatedly claimed that he is assured the UK will have no issue in the supply chain, getting food from ‘farm to fork’. But given this process is heavily dependent on migrant workers, it’s not clear how this can work.

The desperate need for more staff to meet increased demand is felt more widely than just agriculture. Those working in food processing factories whom we spoke to also told us about the increased recruitment within factories.

New people are employed every day and they are constantly looking to employ more people. (Lithuanian National working in poultry factory)

In fact, one worker we spoke to was able to find work at a factory, despite previously struggling due to not having any form of ID. Without an ID she couldn’t find work and without work she couldn’t afford to travel to London to get a new passport.

However, in these times of emergency she was able to participate in a factory induction and has started work already. She is still waiting for her ID.

Some mentioned the safety measures which have been put in place within factories such as:

Our factory has given option to people to take furlough leave for next three weeks so that not too many people are at factory at very same time. Also, we now start and finish work at different times. We have different breaks too. We have been asked to keep two metres distance and everyone is complying. (Latvian national working in an electronics factory).

Others did not have the same experience:

Management has not told us anything, some people are trying to keep their distance as much as possible. We did have general advice when government introduced lockdown – but only what to do for outside of work not in work which has stayed the same. (Lithuanian national, poultry factory).

From speaking to workers this week, one clear impact of the new ‘key worker’ status was increased working hours. Some were grateful for the work. One older Latvian woman we spoke to said that she lives alone so work was her outlet to avoid isolation in this time of crisis.

I have been asked to do more hours and I am very happy about it. Since lockdown has been introduced and I am not able to visit my family and since I live on my own – I fear to be isolated. (Latvian national, electronics factory).

However, others said that they felt they had no choice but to work – especially if they were on a zero-hours contract or were employed through an agency.

Yes, I have been asked to work on weekends and managers really insist that we do. There are more orders and we are expected to work at a faster pace than usual. As I work for work agency our work coordinators do insist we need to come to work. People are worried to say no to overtime as this might mean that there will be no hours offered. (Lithuanian national, poultry factory).

Those working in the care sector we spoke to did not feel they had adequate safety procedures or PPE equipment at work. Some of those we spoke to said that they were buying additional PPE equipment to wear outside of work to minimise their exposure to virus risk to protect the vulnerable individuals they work with.

There hasn’t been any social distancing introduced. We have been asked to wash our hands more often. Employer gave us a face mask to be worn outside the work and box of gloves each. I have bought some extra masks and gloves online too that I use outside of work. (Lithuanian care worker)

One care worker we spoke to had seen a wage increase of £1.00 per hour in recognition of the increased workload and risk. Certainly, those who are still working are aware of the risk to their own health by not isolating at this time.

I am very worried about coronavirus; it makes me mentally very exhausted. I have asked my partner and people I live with to use masks and gloves when they go outside – but they have told me that they get laughed at when other people from our communities see them in local shops or at the factory. (Latvian care worker).

A debt of gratitude will be owed to those migrant workers who have helped to shoulder the ‘key worker’ status in this time of crisis, caring for elderly relatives and other vulnerable people and helping to maintain food supply.

The question for the government will be whether the change in status from ‘unskilled’ to ‘key worker’ will have any impact on future immigration policy in the UK. The Home Secretary’s silence on this may be telling.

By Professor Catherine Barnard, senior fellow at The UK in a Changing Europe, Fiona Costello and Sarah Fraser Butlin, University of Cambridge.