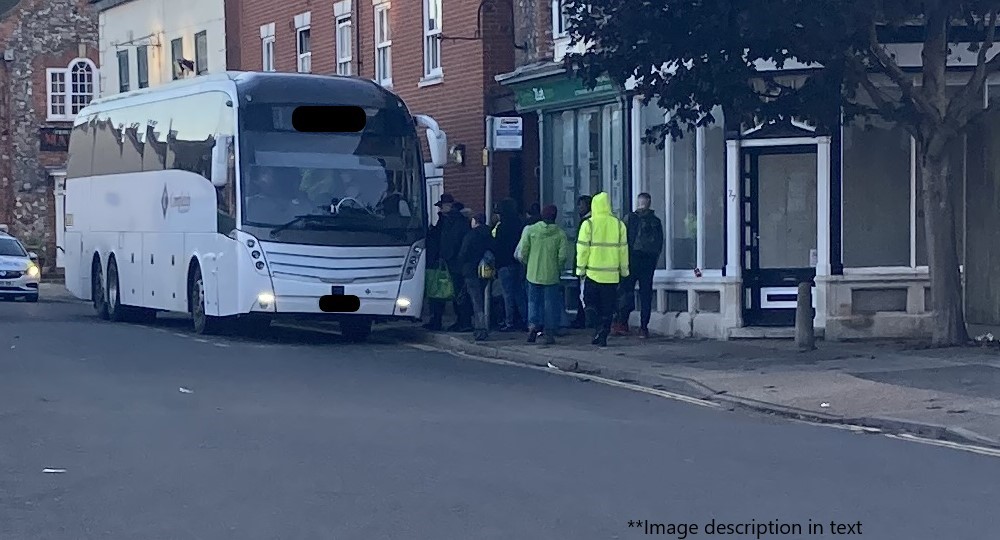 What’s life like working in a poultry factory? EU nationals have long worked there. With the ending of free movement, will UK nationals be willing to take those jobs? In the short term the answer is no, forcing the government to authorise up to 5,500 [visas for] poultry workers ‘to help deliver Christmas dinners’. We recently held a focus group with chicken factory workers in Great Yarmouth, workers who are clients of GYROS, the migrant charity we are working with. The description of their working conditions might put you off your lunch.

Our participants said that the first English word they learn is ‘faster’. Others tell us even before they learn the word, they understand the hand gestures. And it is never fast enough. Edita* (Latvian national) has worked in a poultry factory for 11 years:

‘[…] It is impossible. It’s just you come every day, every hour, you know, all the time. It’s just, how many years do you have to work to reach that [speed]? It’s just constantly faster and faster’.

Emilija*, also Latvian, tells us she now has nightmares about this word ‘faster’. She has worked in a chicken factory in Norfolk for 17 years. What happens if you can’t work at the right speed? Irena*, a Romanian national, says:

‘Because if you are too late with your hands and with whatever you’re doing, you’re going to be punished. They yell at you. They are calling you names. They are talking with you, very bossily. They humiliate you through their attitude. And I think this is the worst humiliation form ever’.

Everyone remembers their first day working at a chicken factory. Travel time to the factory can take up to 1.5 hours, with buses leaving Great Yarmouth at 3:40am for the 5am shift. They remember the overwhelming size of the factory floor, and they all describe the lack of training. Workers are expected to learn ‘on the job’ (and quickly).

Ana* had a panic attack on her first day (in June 2021), after four hours of standing in one spot sorting through a constant (fast) stream of chicken breasts. She said the work without training was too fast and too hard. When she asked for a five-minute toilet break she was told ‘shut up or I will throw you out’. Problems about getting toilet breaks are a common refrain; Ana tells us she now suffers from bladder problems having worked in the poultry factory for six months.

Another woman tells us her periods stopped when she worked in the factory – linked, she thinks, to lifting 50-60 kg crates of chicken. Others mention bad backs, high blood pressure, heart problems, arthritis, cramps in legs, painful heels (from standing, often with wet feet), and constant shaking.

They all complained about swollen hands and arms (see picture 1). One woman told us that after her first day:

‘I remember waking up the next morning I feel this finger [shows index finger] was so swollen, I couldn’t bend it, I couldn’t move it, it was massive. It was so painful. That’s how I woke up, from the pain, because we kept like banding those (chicken) legs’. 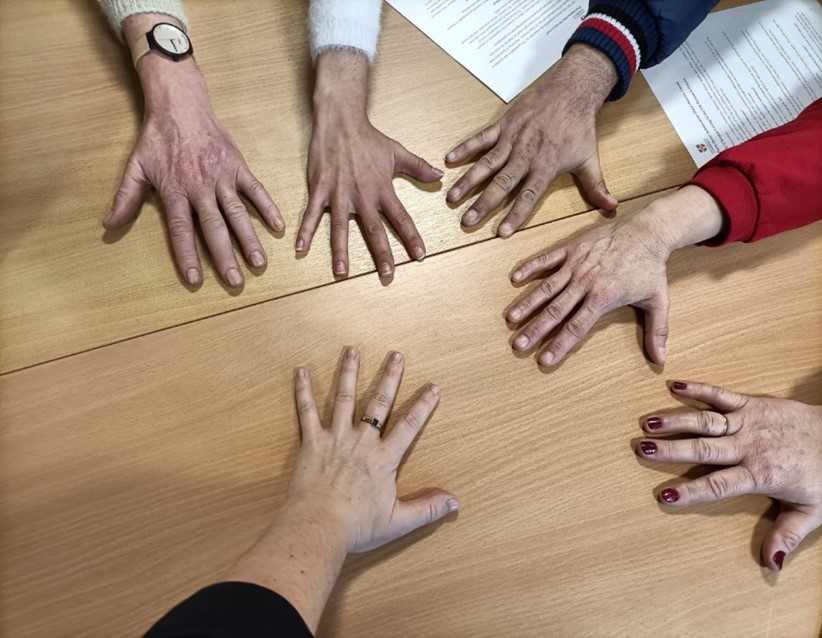 The shift work can be exhausting, and it affects workers’ mental as well as physical health.

All tell us they are exhausted and on their days off they just sleep. This exhaustion affects family life:

‘It’s impossible. … If you work 12 and a half hours plus to travel, if you’ve got children at home and family to look after, cook for them. Your brain just goes all, all … just exhausted’.

‘We understand we need to work, but at the same time, we just want […] a little bit more of humanity, a humane attitude towards us’.

The participants tell us they are not scared of hard work. Most moved to the UK to work and to make money. But they didn’t expect being refused to use the toilet or having their holiday requests rejected. Nor did they expect being shouted at or humiliated.

‘We understand we need to work, but at the same time, we just want […] a little bit more of humanity, a humane attitude towards us’.

We were told promotion along the factory line rests largely on English language skills. In the absence of ESOL, workers don’t learn English.

Employment law would have a lot to say about these practices, but EU workers are reluctant to go to tribunals. There is no labour inspectorate in the UK to come into factories to find out what’s going on. The Gangmasters and Labour Abuse Authority (GLAA) does not regulate those employers who directly employ workers, as is the case for with some of our interviewees, although there is a role for the Health and Safety Executive.

The GLAA does have oversight of agency workers in the sector, but it is primarily the agencies themselves that are responsible for ensuring their workers are treated properly – yet it is these very agency workers who tell us they are most reluctant to complain. If the agencies are not fulfilling their responsibilities, the GLAA can do an inspection, issue warnings, impose additional licence conditions, or in extreme cases revoke the GLAA licence prohibiting them supplying workers – which is what the agency workers most fear.

Poultry factory workers are expecting the Christmas period to ‘destroy them’, with no holiday requests allowed, and with increased demand but worker shortages. Those shortages are not being filled by overseas workers – only about 2,000 visas have been issued so far; less than half the 5,500 available to help meet demand.

By Catherine Barnard (UK in a Changing Europe deputy director) and Fiona Costello, Faculty of Law, University of Cambridge.

** Cover image description: Workers board a bus to take them to a factory outside Great Yarmouth.