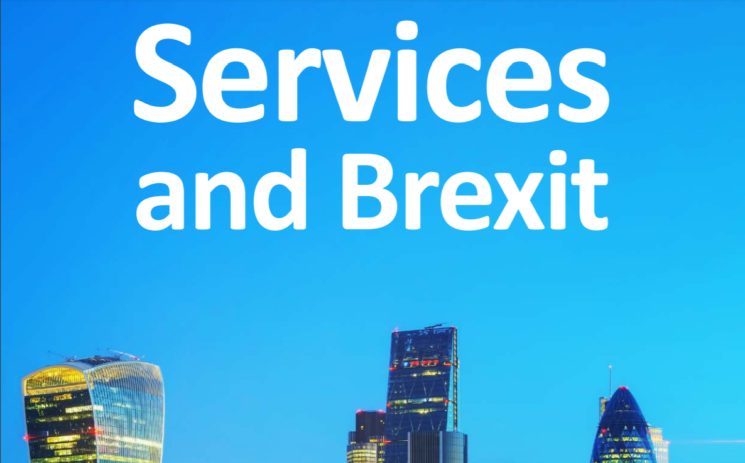 The services sector, which accounts for around 80% of the UK economy, has been largely missing from UK-EU trade negotiations; however, reduced access to the EU market will profoundly impact businesses across the country, a new report by academic think tank UK in a Changing Europe finds.

The report, Services and Brexit, raises fundamental questions about the economic price the government seems willing to pay through decreased single market access to ‘take back control’ over the rules and regulations shaping the services sector.

The Governments of both Theresa May and Boris Johnson have paid little attention to the services sector in the Brexit negotiations, despite the fact that it accounts for some 30m jobs.

The EU’s single market is the primary destination for UK services exports. The UK runs a trade surplus with the EU and leaving the single market will have a profound effect on tradeable services.

The UK played a central role in facilitating enhanced trade in services within the EU and the single market enables greater cross border services trade than is typical of free trade agreements.

Trade deals typically do not enable services trade to nearly the same extent as they do for trade in goods. As a result, strategically important sectors in the UK, including financial services, will face new barriers to selling into the EU market from 1 January 2021.

Even with a deal, services will suffer. Without one, services exporters will face significant barriers as WTO rules are much weaker for services than goods. The hugely important financial services sector will depend on a unilateral EU decision on equivalence, which can be revoked at short notice.

There is no guarantee that a trade deal will be secured on services given the distance between the negotiating positions of the two sides. Whilst the UK emphasises the need for regulatory autonomy, the EU insists on conditions to remove the risk it perceives of regulatory competition from the UK.

The services sector, including financial, health, education and road haulage, is highly dependent on EU migrant workers  When free movement ends and the government’s new post-migration proposals take effect, there may be  staff shortages in sectors which rely on workers who will not meet the salary thresholds proposed within  the new scheme.

The current Covid-19 crisis is also impacting the services sector. As a result, many businesses may may prove unviable. The combined impact of Brexit and Covid will significantly reshape the UK’s economy – regionally and nationally.

Professor Anand Menon, director of the UK in a Changing Europe, said: “It is worrying that the biggest sector in the UK economy – accounting for more than 80% of it – has been the subject of so little focus in the UK-EU negotiations.

“This serves to underline the largely political nature of the Government’s Brexit priorities, focussed on regulatory autonomy rather than any economic implications of this.”

Professor Sarah Hall, senior fellow of the UK in a Changing Europe, said: “Given the UK’s reliance on services, the government faces a key question in the current negotiations: what economic price, in terms of declining single market access, is it willing to pay to ‘take back control’ on services regulation? How this question is answered will be critical in shaping UK services post covid and post Brexit.”