Would no deal be better than this deal? 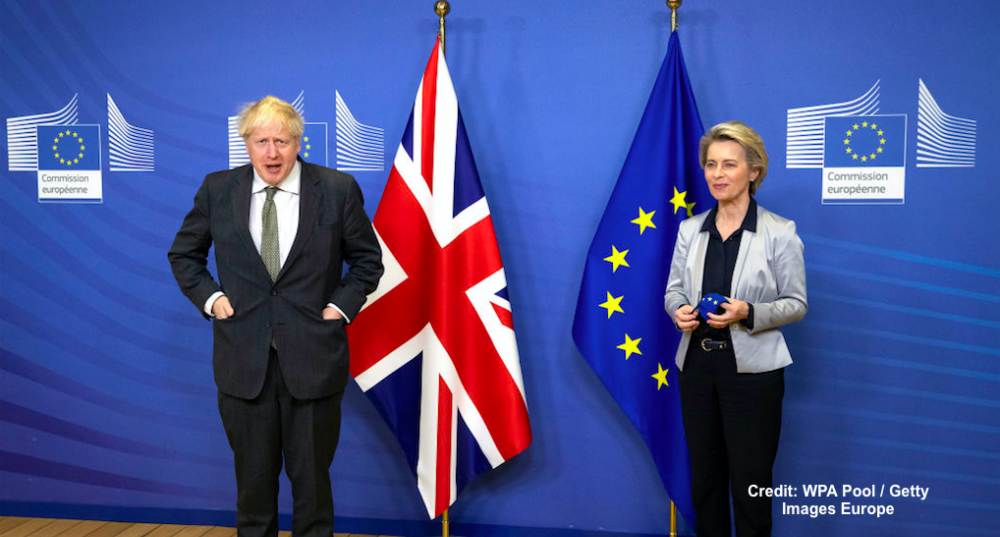 “No deal is better than a bad deal.” We were among those who snorted with derision when Theresa May uttered (and repeated ad nauseam) the infamous line. Yet perhaps we were too hasty. Perhaps May indeed had a point. Albeit not the one she was intending to make.

In our (repeated) analyses of no deal, we pointed out that even a relatively “thin” trade deal, such as the one that was eventually agreed, would be less economically damaging than no deal. That was – and is – very clear from the economics. It was in this context that we were sceptical about the notion of no deal being better than a bad deal.

Obviously, “worse” is a loaded term, not least as Brexit was judged by different people according to different criteria. While some people prioritised economic issues, others focused on more explicitly political objectives such as “control”.

But we were also making a point not just about what happened on 1 January, but what would happen next. Without a deal, we anticipated that the subsequent recriminations would scar relations between the EU and its member states on one side, and the UK on the other for the foreseeable future.

A deal, however – even an objectively “bad” one, from the economic perspective – would, we argued, in itself generate goodwill. All going well, it could serve as a platform that could be improved and supplemented with further agreements, on everything from mutual recognition of regulatory standards to security cooperation.

That judgment now looks wildly optimistic. Far from generating goodwill and the prospect of greater cooperation, the immediate impact has been the opposite. True, the trade and cooperation agreement (TCA) has spared traders on each side of the UK-EU border the need – under most circumstances – to confront tariffs.

Yet it has nevertheless already begun to cause significant disruption – which the UK government has been happy to blame on the EU, rather than its own choices.

While recent data on UK-EU trade should be treated with a degree of caution, that is not to say that the kind of precipitous fall in trade between the UK and the EU should be viewed simply as a one-off or explicable purely in terms of factors other than Brexit.

There are in fact reasons to suspect that these frictions will only increase as the UK government finally gets round to instituting the checks the TCA implies on its side of the border, and as bilaterally agreed easements on trade with Northern Ireland are lifted. Small wonder that the political incentives are to push back against the deal, while its own authors are keen to disavow it.

But instead of seeking the sort of fixes and add-ons to the TCA that could address at least some of these issues, the deal already appears to be coming apart at the seams. Most obviously, the Northern Ireland protocol speaks to perhaps its most problematic aspect, that the UK government signed up to something that it seems to have no desire to implement.

The EU, for its part, seems determined to avoid concessions that would facilitate that implementation.

Consequently, the UK has already said that it intends to unilaterally disapply elements of the protocol, and the EU has responded with legal action. This process could in principle end with Brussels suspending its obligations not only under the TCA but the withdrawal agreement as well (except for its provisions on citizens’ rights).

And so we have a standoff, involving already considerable disruption of trade, and significant uncertainty about how things might develop in the future. It is a situation made worse by the UK decision to withhold full diplomatic recognition from the EU ambassador in London.

As a result, UK officials in Brussels are being effectively shunned by their EU counterparts. The current atmosphere may not be exactly war-war, but it’s certainly not jaw-jaw.

And do not forget that, however improbably, the risk of no deal still hangs over the Brexit process. The European parliament has not yet ratified the TCA. While it remains unlikely that MEPs would vote the deal down while it still enjoys support from member states, there is, in the current atmosphere of tension between the UK and EU, every reason to anticipate a continued delay in holding the vote.

At best, this would mean a continued sword of Damocles over our trade with the EU; at worst, if the UK decided not to play along, the deal itself would fall.

So what did we mean when we said that May might have been right after all? Not that the TCA (and the withdrawal agreement) is in its legal and economic provisions worse than no deal – it clearly isn’t.

In other words, at least given the current political constellation in the UK, no deal may actually be the only deal that works.