Would women suffer most from a ‘bad’ Brexit? 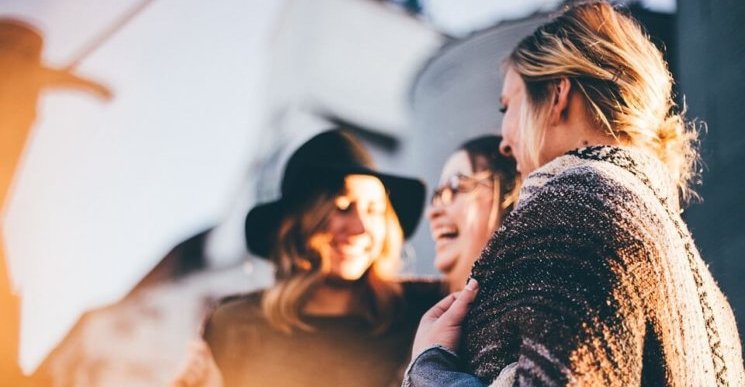 I’m still sceptical that the UK’s departure from the EU is a gender issue. Women might be more vulnerable in some respects, if Brexit is done badly, for example because they are more likely to have caring responsibilities. Nonetheless, it seems odd to make sweeping statements about the distribution of possible costs and benefits between the sexes, rather than identifying those most at risk because of specific factors, such as low incomes or poor health.

This is my main criticism of the report published by the Women’s Budget Group and the Fawcett Society, which concluded that ‘the economic impact of Brexit will hit women hard, leading to lost jobs, cuts to services and a squeeze on family budgets’. This is all highly speculative.

For a start, the report assumes that Brexit will leave the economy a lot worse off. If this is wrong, almost all the other points fall away.

Admittedly, most independent studies suggest that the long-term impact will be negative. However, modelling Brexit is inherently difficult, partly because the benefits from independent trade and regulatory policies will take longer to materialise and are harder to quantify than the initial costs of new frictions in trade with the EU.

As a result of this uncertainty, even Whitehall’s own analysis cited a wide range of estimates, some much smaller than the official numbers, and others which are actually positive.

What’s more, most of these estimates only represent small changes compared to the growth that might be expected over long periods. For example, suppose the conventional modelling of Brexit is correct in predicting that GDP will be 5% lower than otherwise in 15 years’ time. However, this would be relative to a baseline where GDP might be at least 25% higher, meaning that the economy would still grow by around 20%.

The first is fiscal. The worry here is that a downturn in GDP would prompt further cuts in spending, especially on the benefits and public services which women rely on more than men. However, comparisons with post-2010 austerity are misleading.

Even if the warnings about the long-term impact of Brexit are correct, the outcome would be a period of slower growth, rather than the deep recession of 2008 and the surge in public debt that followed.

Analysis suggesting that the bulk of the welfare cuts since 2010 have been borne by women can be misleading too. For example, just because mothers are more commonly nominated as recipients of child benefit doesn’t mean its removal from relatively well-off families didn’t affect fathers too.

In any event, there is little appetite for further restraint of public spending. A future government is more likely to adjust fiscal policy by raising income tax for higher earners, adding wealth taxes, or reversing cuts in corporation tax. At face value, these measures would all hit men more than women.

The second channel is trade. Here it is suggested that new tariffs would increase food prices. But the UK could choose to cut tariff on imports from the rest of the world, rather than raise them on imports from the EU. Even if it opted for the latter, the additional revenue could be used to compensate the most vulnerable.

There are concerns too about the impact of Brexit on sectors with mostly female workforces, such as clothing and textiles. It’s not always clear whether the fear here is that new trade barriers would harm exports, or that any reduction in barriers might increase competition from cheaper imports.

Recent work by the IFS has also suggested that it’s actually men with fewer qualifications who are more likely to be employed in the most exposed industries. Either way, though, the economy is continuingly evolving. It is unhelpful to think simply in terms of protecting existing jobs, especially in lower-paid sectors where the UK lacks an obvious comparative advantage.

There are also some frankly bizarre arguments about new trade deals. One of the most ludicrous is that women would be disproportionately harmed by ending the barriers to the import of chlorine-washed chicken or hormone-fed beef. Even if there were any real evidence of risk to consumers, it’s daft to suggest that women are more vulnerable because they happen to do the shopping.

More seriously, there are concerns that investor-state dispute settlement (ISDS) mechanisms might shift the balance of power further towards big corporations. But the tide is already turning here, and at least one recent proposal for a draft US-UK trade deal (backed by the IEA) does not include an ISDS.

The third area of concern is the NHS. There are fears that new trade deals, especially with the US, will open up the NHS and other public services to more competition (a good thing, some would say) and eventual privatisation. But having a free trade agreement with another country doesn’t mean you have to copy all that country’s policies and institutions, as shown by the fact the UK hasn’t adopted the more successful healthcare models in the rest of the EU.

Other risks to the NHS include big cuts in funding, dealt with above, and shortages of workers, which again could be limited by sensible decisions on future migration policy.

The fourth and final area is workplace rights. I don’t think anyone is seriously claiming there is a secret Brexit agenda to ‘turn the clock back on gender equality’. Instead the argument is that an economic crisis could put these rights at risk. Again, this threat falls away if this crisis fails to materialise.

But more importantly, it is surely wrong to assume women do less well where labour markets are more flexible. Take ‘zero-hours contracts’ (ZHCs). Many people, including women, are willing to accept forms of employment with fewer rights in return for fewer obligations, such as committing to fixed hours that might not fit around their family responsibilities. Banning ZHCs would deny them that choice and reduce job opportunities.

In summary, a chaotic ‘no deal’ Brexit may well leave most people worse off, whatever their gender. But blanket generalisations about the distributional impacts of the UK’s departure from the EU are unhelpful, especially when they attempt to shoehorn in a gender perspective where none might actually exist.

By Julian Jessop, Chief Economist and Head of the Brexit Unit at the Institute of Economic Affairs. Julian spoke at our Brexit and Gender conference. You can watch the full discussion here.