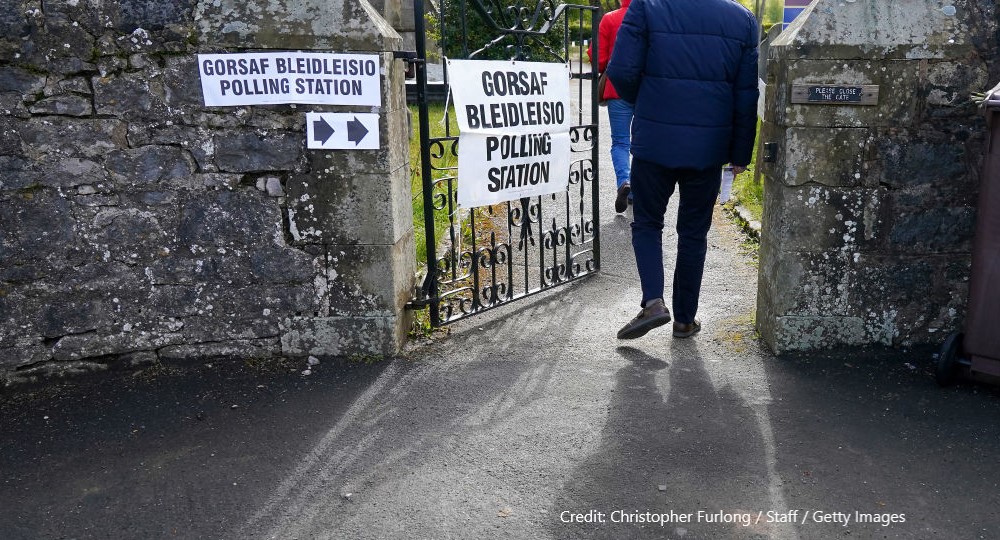 16- and 17-year-old young people in Wales joined their peers in Scotland earlier this year in being permitted to vote in devolved national and local elections. A growing dissonance in youth enfranchisement means their counterparts in England and Northern Ireland remain unable to vote in any elections, whilst no under-18s anywhere are eligible to vote in UK-wide elections.

The bespoke and piecemeal devolution of franchise powers to the Scottish Parliament and the Senedd, but not the Northern Ireland Assembly or English city-regions and local authorities, has created a complex and potentially unsustainable patchwork of electoral rights for young people across the UK.

Research from our recent project on Lowering the Voting Age in the UK, funded by the Leverhulme Trust, has for the first time analysed historical and contemporary debates concerning voting age reform.

It highlights the role devolution has played as a constitutional catalyst in the uneven introduction of ‘Votes-at-16’ across the UK, and the role that party politics has played at the devolved level in driving age-related franchise reform.

Evidence from recent major UK electoral events has established that age has become the primary demographic explaining voter choice within the British electorate.

Debate around ‘Votes-at-16’ at Westminster has become more partisan and contentious. Two recent attempts at reform through private members bills introduced by Labour members of the All Party Parliamentary Group on Votes-at-16 (APPG) were filibustered by Conservatives.

Debate about lowering the voting age has become another battleground in post-Brexit ‘culture wars’, and is likely to become entangled with the increasingly partisan debates about electoral reform. The Conservative majority in Westminster means that universal voting age reform across the UK is even less likely than during the last Parliament.

This partisan environment is particularly counter-productive because it inhibits the possibility that a future lowering of the voting age to 16 would be successfully implemented.

Advocates and opponents alike are therefore in danger of losing sight of the main policy objective of voting age reform: ensuring the political system is more responsive to young people.

Our research consistently demonstrates that young people want to vote on their own terms via a political system that responds to their political needs and interests.

They are however wary of being used as pawns in partisan party politics and typically respond by disengaging from mainstream political debate.

The introduction of ‘Votes-at-16’ in Scotland and Wales highlights the potential of a more holistic and politically consensual approach to voting age reform that might help address the current Westminster stalemate.

Youth democratic representation, education, and reform organisations, academics, schools and colleges, and – most importantly – young people have worked with political parties from across the ideological spectrum to develop effective policy.

Our interviews in both Scotland and Wales found a strong commitment to ‘doing politics differently’ among politicians of all political parties, civil servants, youth organisations and young people themselves.

There was also a general belief in the potential of voting age reform that would improve the responsiveness of devolved institutions to young people’s issues and aspirations.

The more consensual approach to party politics in the devolved authorities has allowed space for debate to evolve beyond the silos of partisan debate.

In Wales, cross-party consensus was built into the constitutional reform process from the start through a consultation and amendment process. Early evidence also suggests that an ongoing process of evaluation will be put in place to ensure that reform is delivered and critiqued effectively over the long-term with input from politicians, civil servants, and civil society organisations.

This consensual acknowledgement of the need to amplify young people’s voices in the civic space in Wales and Scotland has been largely absent in England and at Westminster. Even strong political party advocates tend to focus on the potential that ‘Votes-at-16’ will improve the quantity of participation – through an increase in young people’s turnout rates at elections – rather than its quality and impact.

Moreover, we note that there is a reluctance of policymakers across the UK to learn key lessons from past reforms of the voting age to 18 in 1969 and, more recently, to 16 in Scotland and Wales.

This includes a failure to promote the introduction of compulsory political education in schools and colleges for all young people across the UK at the same time as the voting age is lowered.

The ‘Votes-at-16’ debate in the UK is clearly being driven by constitutional reform at the devolved level. It has bought more attention to the issue of voting-age reform, changed the nature of the national debate on the issue and provided a more consensual model for implementation.

As constitutional and electoral reform has become increasingly, and dangerously, ‘weaponised’ in post-Brexit UK party politics, the devolved institutions in Scotland and Wales have provided an example of a more consensual approach to policy-making on a contentious issue.