Young voters politically energised by Brexit, but the generational divide has deepened 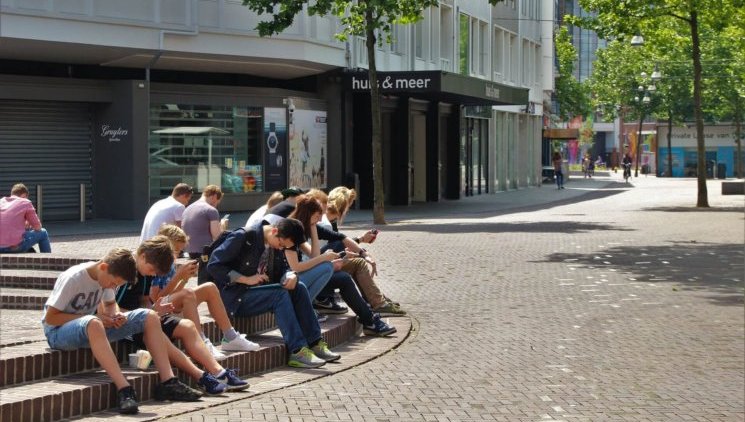 Over the past 20 years, we have witnessed a sharp decline in youth participation in general elections. 60% of 18 to 24 year olds voted in 1992, compared to an average of 40% over the last four elections.

Young people voted in increasing numbers for Ed Miliband’s Labour Party (and lost), and around three quarters of those 18 to 24 year olds who voted in the 2016 EU referendum wanted Britain to remain in the Union (and lost). The introduction of Individual Voter Registration in 2014, furthermore, saw over a million citizens (disproportionately young people) fall off the electoral roll. So, there are many reasons to be concerned about the prospects for youth participation in the 2017 general election.

However, there is overwhelming evidence to show that young people are interested in ‘politics’ (more broadly defined) and engage in a whole multitude of civic and political activities: from demonstrations against university tuition fees, to the boycotting of products that damage the environment, to campaigns against the closing of parks or youth clubs in local communities. So, young people are often interested in, and engaged in, key issues, but are put off by politicians and political parties.

New data from a Populus survey shows that young people are very much engaged in the forthcoming general election. Indeed, they seem to be energised by Brexit, Trump, and the clear ideological divisions that have opened up between Labour and the Conservatives.

This poll also explodes the misconception that young people are not interested in politics. 81% of 18 to 24 year olds claim that they are following the general election closely, compared to an average of 80% for all age groups (and only topped by the interest of the over 65 age group). This youth engagement in politics might well be driven by interest in Brexit. 88% of 18 to 24 year olds state that they are following Brexit negotiations closely – more than any other age group!

The Populus survey also shows that younger voters are following the general election and Brexit negotiations much more closely than the most popular entertainment programmes: 34% of for Game of Thrones and 32% for Britain’s Got Talent. These figures illustrate that the popular claims that younger citizens are apathetic about and uninterested in politics – yet immersed in their own leisure pursuits – are plain wrong.

But are the political parties interested in young people? In their manifestos, Labour, the Liberal Democrats and the Greens sought to appeal directly to this demographic by pledging investment in education and support for students from poorer backgrounds in higher education. By contrast, there was very little for young people in the Conservative Party manifesto.

These differences in emphasis on age cohorts in party manifestos is also reflected by unprecedented differences in support for the two main political parties by younger and older citizens. According to a recent YouGov poll, 49% of 18 to 24 year olds (who expressed support for a political party) intend to vote Labour, compared to 31% nationally and only 14% of over 65s! On the other hand, just 22% of 18 to 24 year olds support the Conservative Party, compared to 66% of over 65s.

So, younger voters are politically energised. NGOs like Bite the Ballot are helping to channel this enthusiasm for politics into youth voter turnout. However, it is incumbent upon all political parties (including the Conservative Party, who have scored increasingly poorly amongst younger citizens) to capitalize on this renewed interest in electoral politics.

By Dr James Sloam, co-director of the Centre for European Studies at Royal Holloway, University of London